Rust and Bone has the body of a good film, but it doesn’t have staying power 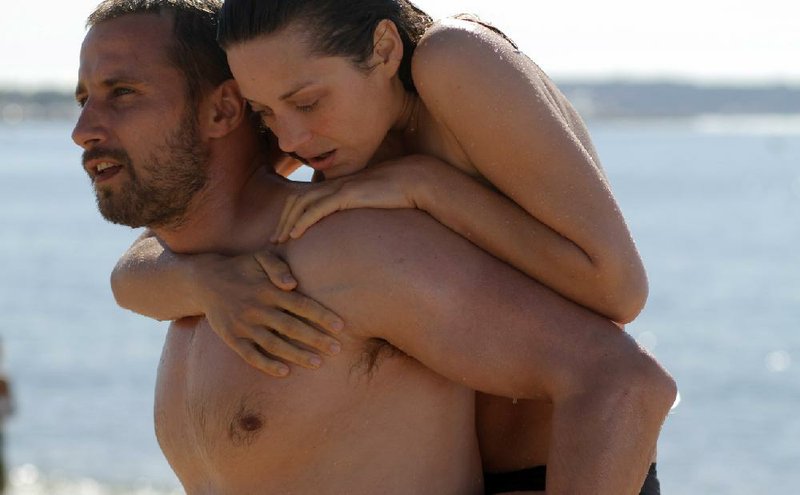 LITTLE ROCK — There’s a lot to admire in Jacques Audiard’s Rust and Bone, including a fierce lead performance by Marion Cotillard and a script liberally sprinkled with melancholy grace notes that deepen and advance our understanding of the cardinal characters. So why don’t I love it more?

That’s a tricky question, and to answer it honestly we have to consider the expectations we bring to a movie. And when I heard about Rust and Bone, I was excited by the possibilities of a film that brought together Cotillard, Audiard (the director of A Prophet, The Beat That My Heart Skipped and Read My Lips) and Matthias Schoenaerts, the Flemish actor who was magnificent as the damaged muscle head at the center of the Belgian crime drama Bullhead (2011). It sounded like one of the year’s best films to me. I really wanted it to be good.

And it is good, at least by some lights. It has been generally well reviewed. There was some talk about the film escaping the art house ghetto and becoming something like this year’s version of The Artist. Cotillard went on Jay Leno to promote the movie (something that doesn’t generally happen to low-key French melodramas about damaged people who may or may not complete each other). Some people are surprised it wasn’t nominated for a Best Foreign Language Oscar, and Cotillard’s failure to land a Best Actress nomination is being called a “snub.”

I really ought to love this picture.

But I don’t, probably because once you get past the textures (for a French film, Rust and Bone makes particularly good use of American pop music, employing Bon Iver and The B-52s to good effect), it’s really a dreary little movie with a predictable arc. And while all the admittedly well-wrought details engage us on an intellectual level and keep us watching, the film doesn’t linger in the imagination the way truly great cinema does - in sum, it’s a well-acted, predictable movie-of-the-week with impressive special effects.

Ali (Schoenaerts) is an unemployed single father who arrives in Antibes in southern France to crash with his sister Anna (Corinne Masiero) while he looks for work. He is, we understand from the beginning, a tough character, capable of tenderness and neglect of his young son Sam (Armand Verdure).

He soon gets a job as a bouncer, which allows him to continue his kickboxing training during the daytime. One night at the club, he meets Stephanie (Cotillard), who becomes collateral damage in a brawl he breaks up. He sees her home safe, and in the process intimidates her pompous hipster boyfriend. She is visibly impressed.

Stephanie works at a Sea World-style water park where she trains orcas. After a terrible accident, she wakes up in the hospital to discover her legs have been amputated (this terrific scene is weirdly reminiscent of, of all things, Ronald Reagan’s similar realization in the 1942 film Kings Row).

Meanwhile, Ali has branched out - he’s working nighttime security now, and he has just met a guy who wants to sponsor him in some underground fights. Stephanie, now in a wheelchair and deeply depressed, gives him a call. They start hanging out together, going to the beach and having occasional casual sex. Neither of them seems to believe their relationship is anything more than a friends with-benefits package.

But Stephanie - who has confessed to a voyeuristic streak - begins to attend Ali’s kickboxing matches. She is fitted for artificial limbs; she begins to manage his bets.

And there is the inevitable breakup, which is at least handled in a novel way, and the predictable third act rapprochement. It is to the production’s credit that Ali never ceases to be a thug - a man who’s largely defined by his indifference to physical pain - although it’s difficult to understand what Stephanie might see in him other than a pitiless lover.

Print Headline: A fleeting affair/Rust and Bone has the body of a good film, but it doesn’t have staying power