A former Cabot junior high school teacher who pleaded guilty last month to more than a dozen counts of sexual assault involving a juvenile student has been sentenced to six years in prison and ordered to register as a sex offender.

Stracener was arrested last February after Cabot police received a report about possible inappropriate contact between her and a 15-year-old student at Cabot Junior High North.

He said the plea deal was a good outcome for the state and the victim.

"The ultimate thing — you don't have a victim that has to stand up and go into court and talk about things they'd rather not talk about in front of other people," Graham said, noting prison time and an assurance Stracener would never teach again were "non-negotiable" in the deal: "Those were things that just had to happen, from my perspective, or we would have had to go to trial."

Stracener was also ordered to pay about $700 in fines, not to have any contact with the victim and to register as a sex offender for at least the next 15 years. Graham said her teaching license has already been suspended. 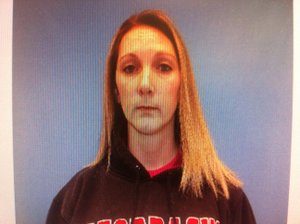