The whooo!, what, when, where and why of some of our most fascinating birds 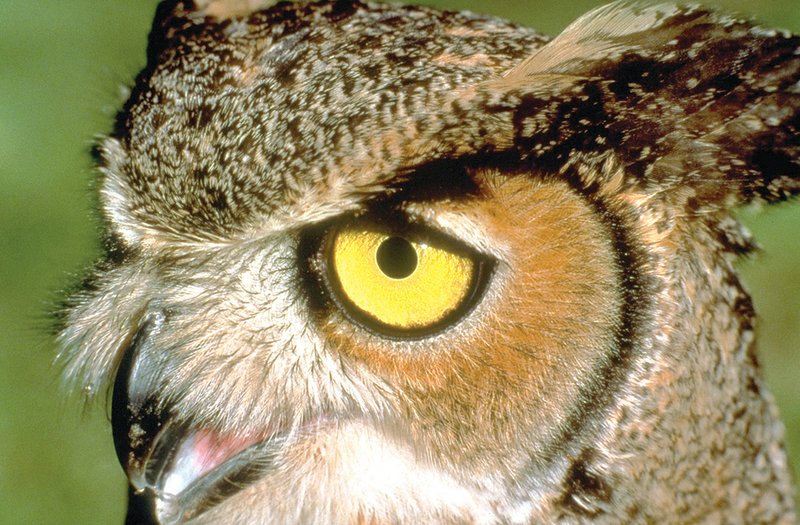 The short-eared owl, a winter resident in Arkansas, often is seen in daylight hours coursing over croplands and meadows in search of birds or small mammals.

While participating in the White River Christmas Bird Count near St. Charles on Jan. 5, I was reminded just how exciting it is to see an owl.

My son Zach and friends Lewis and Shannon Peeler of Vanndale had joined me for a fun day counting birds, and plenty of birds there were. In the first hour, we saw an incredible variety, everything from meadowlarks and mourning doves to mallards and mockingbirds. Nothing generated much excitement, however, until I spotted a barred owl perched in a tree where all of us could clearly see it.

Barred owls are most active at night, so seeing one in broad daylight was somewhat surprising. We were just 50 yards away, but the tawny brown bird seemed unflustered. He preened, turned his head this way and that, and ignored us. We snapped some photos and continued down the road, duly impressed.

The young birder had indeed spotted another hooter, only this one was sound asleep. Although owls have very keen hearing, our chatter about finding a second specimen did not disturb it in the least.

In all honesty, if you watch closely, you might discern barred owls on their perches anytime you visit bottomland woods. Finding two wasn’t really that extraordinary. In the next hour, though, we spied two more sleepyheads, each with its eyes closed and its feathers fluffed to insulate against the cold. In the 36 years I’ve participated in the bird count, that’s the only time I’ve observed so many owls during daylight hours. We agreed that seeing these interesting raptors was a highlight of our day.

Owls are fascinating in many ways. For example, they are noiseless hunters, able to catch their prey unaware because their flight feathers muffle all sound. Their night vision is 100 times more sensitive than a man’s. They have the largest eardrums of any bird, and their sensitive hearing can pinpoint sounds as faint as those of mice feeding on barn floors.

Hunters all, owls take a variety of prey in keeping with their size and usual haunts. They are important in controlling injurious rodents and insects. Mice, rats, rabbits, squirrels, skunks, birds and caterpillars are among the animals they eat.

Twenty species of owls breed in North America. Nine have been seen in Arkansas, although snowy, burrowing, long-eared and saw-whet owls are only rarely seen in the state. Four species — barn, screech, great horned and barred owls — are permanent residents that nest in Arkansas. The short-eared owl is an uncommon, though often seen, winter resident.

The most vocal Arkansas owl is the barred, a common year-round resident of bottomland forests. Its typical call is a series of eight or nine notes in two groups: “Who cooks for you ... who cooks for you all.” Barred owls nest in spring and early summer in tree cavities and abandoned hawk and crow nests, feeding on small mammals, reptiles and birds. The large puffy head without ear tufts, dark eyes, lengthwise streaks on the breast and crosswise streaks on the throat are unmistakable field marks. Like all owls and birds of prey, barred owls are protected by law as valuable members of Arkansas’ wildlife community.

The great horned is the largest Arkansas owl. It is bulkier than a red-tailed hawk, with an even greater wingspread, and feeds on skunks, rabbits, birds, rodents and even bats and domestic cats. A common year-round resident of Arkansas’ woodlands, the great horned owl rarely builds its own nest but uses nests of hawks and crows. Nesting occurs from late December through April. Often snow covers both the female and her nest of two to five eggs.

One is much more likely to hear a great horned owl than see it. It has a deep, soft, foghorn-like call of three to eight hoots: “Hoo, hoo-oo, hoo hoo.”

The screech owl flies so quietly, it seems like a ghost. Henry David Thoreau described its eerie, quavering song as “the dark and tearful side of music … the mutual consolations of suicide lovers … calling Oh-o-o-o-o that I had never been bor-or-or-or-orn!”

About the size of a plump bobwhite, the screech owl is common year-round in Arkansas, residing in open woodlands near creeks, marshes and fields. It nests from late February to late May, depositing three to five eggs in tree cavities, old flicker holes and nest boxes. In Arkansas, destructive plant-eating insects comprise more than 80 percent of a diet that also includes crayfish, minnows, wasp larvae, spiders, frogs, birds and rodents. Three color phases occur: rufous, gray and brownish intermediates.

Farmers discovering a barn owl’s nest in a granary or barn realize how beneficial these supreme mousers are. The species stockpiles large numbers of small rodents, anticipating the hatching of its six to 10 white eggs, sometime from February through June. Each nestling eats two to five mice daily during the eight weeks after hatching.

With its white, heart-shaped face, dark eyes and light-colored body, the barn owl is unlikely to be mistaken for other Arkansas owls. It resides year-round in the state but is not nearly as abundant as barred, great horned and screech owls, partially because there’s a shortage of the barn owl’s preferred nesting sites in old barns and outbuildings. Arkansans can help by providing nest boxes in these places. Unlike its cousins, the barn owl isn’t very vocal. A rasping note and clicking sound represent its usual call.

The short-eared owl frequents open croplands, fields and prairies, where it searches for prey in a night-moth flight that exemplifies the poetry of motion. This owl hunts on bright, sunny days as well as during darkness. Short-eared owls are migrants and winter residents in Arkansas, seen mainly from late November through February. They are most common on east Arkansas’ Grand Prairie and often are found associated with blackbird roosts. Their prey consists largely of birds and small mammals.

The short-eared owl often is mistaken for a northern harrier (marsh hawk) when coursing over fields in search of prey. This owl is slightly smaller than a crow and is identified by its streaked, tawny-brown color and flopping moth-like flight. Good field marks are light spots on the upper wing and dark spots at the bend of the wings underneath.

These are the five owls you’re most likely to see or hear in Arkansas, but if you are in the right place at the right time, perhaps Mother Nature will grace you with a view of a burrowing owl, saw-whet, long-eared owl or even a very rare snowy owl from the frigid north.

One thing is for sure: Any encounter with an owl is sure to leave a lasting impression. Seeing and hearing these incredible birds remind us how amazing nature really is.