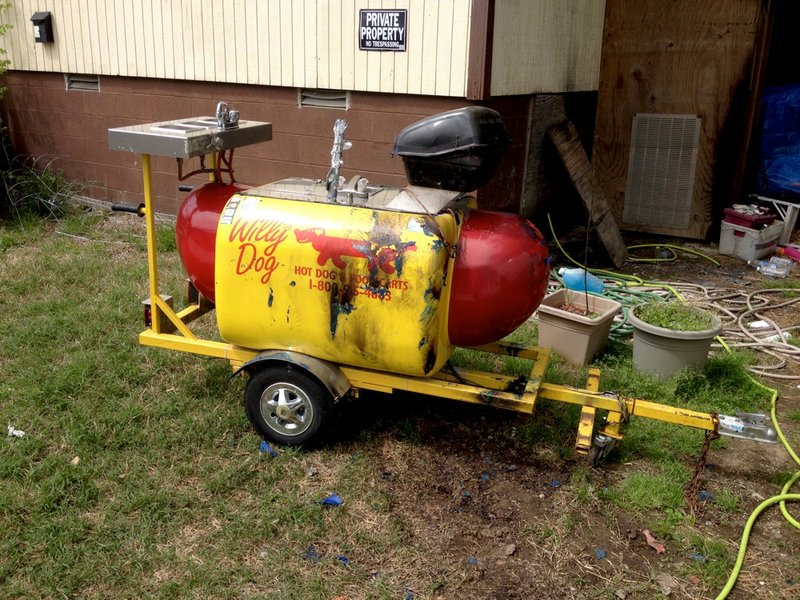 A former Little Rock police officer died early Friday of injuries suffered in a scuffle with a man who believed the ex-lawman was trying to destroy his hot dog cart.

The assailant left but returned and tried to damage the cart again, Allen said in an emailed statement, prompting Bourdeaux to confront him.

"The suspect fled on foot and was caught by Bourdeaux within a short distance," Allen wrote. "Details are limited, but while Bordeaux was engaged with suspect, the suspect sustained injuries that later lead to his death at a local hospital."

Allen said the man was later identified as Todd Payne — a former Little Rock police officer who was fired in 2010.

In an interview outside his Bragg Street home, Bourdeaux pointed to his fire-damaged Willy Dog cart and said Payne set it ablaze.

He said Payne had harassed him previously after Bourdeaux wrote about him in an online blog he runs about public corruption.

He said Payne was injured when he tackled him outside the home, causing him to land on his face. Bordeaux said he intended only to hold Payne until police arrived and not to kill him. He added that the fire could have been deadly if he hadn't caught it quickly.

"I had a propane tank right there," Bordeaux said. "It could have easily blown up, and it could have caught my whole house on fire. Four kids sleeping inside."

According to an Oct. 15, 2010, story in the Arkansas Democrat-Gazette, Payne was fired that August after he claimed to be too sick to respond to a January bar fight across from his River Market kiosk.

Chief Stuart Thomas is quoted in that story as saying Payne's inaction that night was a "failure of the essential function of a police officer" and an embarassment to the department.

“I’m almost speechless when I reflect on the significance of the event,” Thomas said.

The same story notes Payne was suspended in 2004 for showing up to work while intoxicated, fired — but later reinstated — in 2005 after a drunken driving arrest and suspended in 2007 over threatening voice mails he was purported to have left with an insurance company.