A mother featured on the TLC reality show Cheer Perfection surrendered Tuesday on charges of sexual assault of a 13-year-old boy.

Andrea Clevenger, 34, was charged with one count of rape and one count of engaging children in sexually explicit conduct for use in a visual or print medium, the Sherwood Police Department said in a statement. The former charge is a Class Y felony, which carries a possible prison term of 10 to 40 years or life, and the latter is a Class B felony, which carries a potential penalty of five to 20 years in prison and a fine of up to $15,000.

She surrendered to Sherwood District Court and was released on bond with GPS monitoring, police said.

The Sherwood Police Department's Criminal Investigation Division on Nov. 27 received a referral from the Arkansas Child Abuse Hotline containing allegations that Clevenger had sexually assaulted a boy under age 14, the police said.

The victim told authorities Clevenger performed oral sex on him twice in October while "parked in her vehicle in an area unfamiliar to him," according to an affidavit of probable cause filed with the court in Sherwood.

He said the abuse continued in November when Clevenger "began making advances" toward him while he was at her home, instructed him to remove his pants and then "engaged in sexual intercourse with him," detective Frank Spence wrote in the affidavit.

Investigators recovered images of "females in various states of undress" from the victim's phone, though the affidavit noted it's unclear whether they were images of Clevenger.

"The juvenile victim said Clevenger claimed the pictures were of her sexual organs, and he believed them to be," Spence wrote. "However, no face is visible in them ..."

The victim's mother said she sent Clevenger a text after learning of the purported abuse and received a reply in which Clevenger apologized for unspecified behavior and said she would enter a rehabilitation facility, the affidavit said.

"The juvenile victim's mother asserted Clevenger called her after the text messages and they discussed the manipulation and sexual contact at length and Clevenger admitted the acts occurred, but said the juvenile victim 'doesn't act thirteen,'" Spence wrote in the affidavit.

The reality show is based around cheerleaders who train and compete out of the Sherwood-based Cheer Time Revolution.

Cheer Time Revolution didn't name Clevenger in a statement issued Tuesday, but said the "person in question" never held a position with the gym and hasn't been involved there in more than six months. "Cheer Time Revolution officially has no comment on the private life of any person other than staff members as we do not control individuals lives," the gym said. 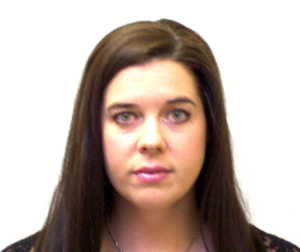