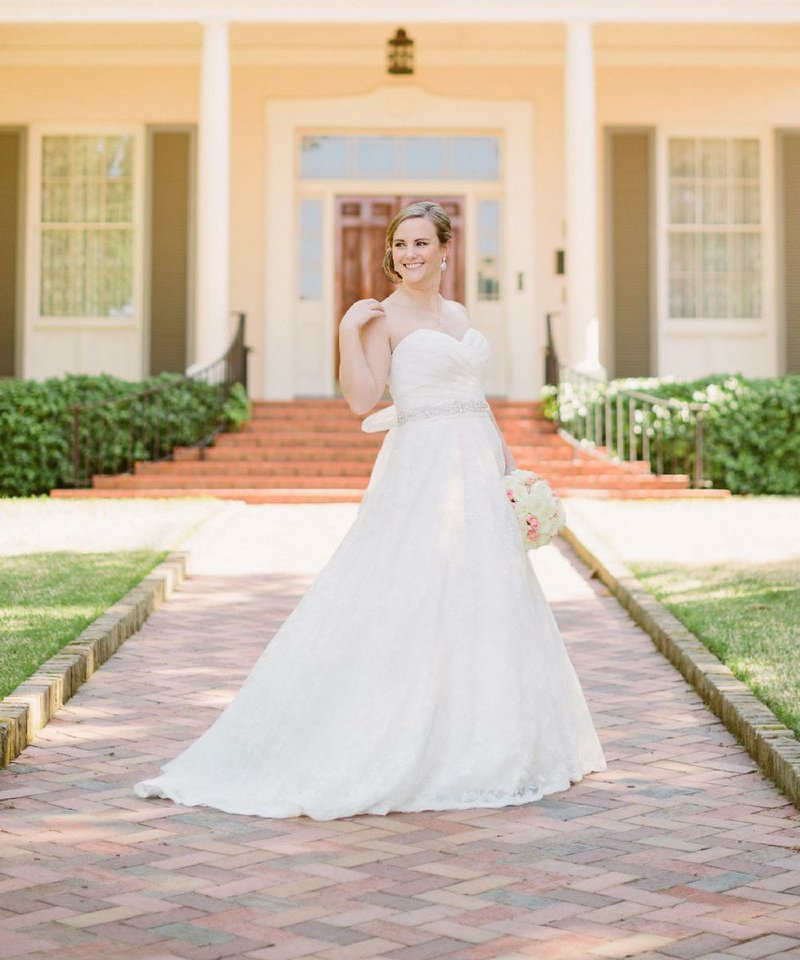 Ritchie and Alan Maxwell, 16 Westchase Drive, are the parents of the bride. Her grandparents are Polly Barker and the late Richard Maxwell of Conway and the late Esther and John Clark of Little Rock.

The altar held an arrangement of white hydrangeas, peach garden roses and white peonies. Music was by Allan Pieroni and vocalist Alyssa Dixon.

Given in marriage by her father, the bride wore a gown of ivory Alencon lace with a ruched bodice and sweetheart neckline. She carried a bouquet of peach garden roses with white hydrangeas and peonies.

Best man was Jacob Spears of Midland, Texas. Groomsmen were Aaron Putlak of Dallas; Gil Johnson and Philip Schmidt, both of Fayetteville; and Josh Filipek, Nyle Koonce, Lane Lovett and Walker Lusk, all of Little Rock.

Guests were seated by Cory Faulkner and Laurence Hammond, both of Little Rock, and Derek Villemez of Austin, Texas.

A reception at the Junior League of Little Rock building followed the ceremony. Tables held a combination of floating and pillar candles with arrangements of either peach and white roses and hydrangeas or blue and white hydrangeas with roses. Music was by the Memphis Soul Revue. Assisting were Caitlin Quinn, Gentry Shrider and Lindsey Spears.

The bride has a bachelor's degree in nursing from the University of Arkansas for Medical Sciences and is a registered nurse in the neonatal intensive care unit at Arkansas Children's Hospital.

The groom has a bachelor's degree in accounting from the University of Arkansas at Fayetteville and is a controller for Airmasters Heating and Air and Anesthesia Specialists of Arkansas.

The couple will reside in Little Rock after a wedding trip to Greece.