Music takes on new aspects in latest Night of the Proms 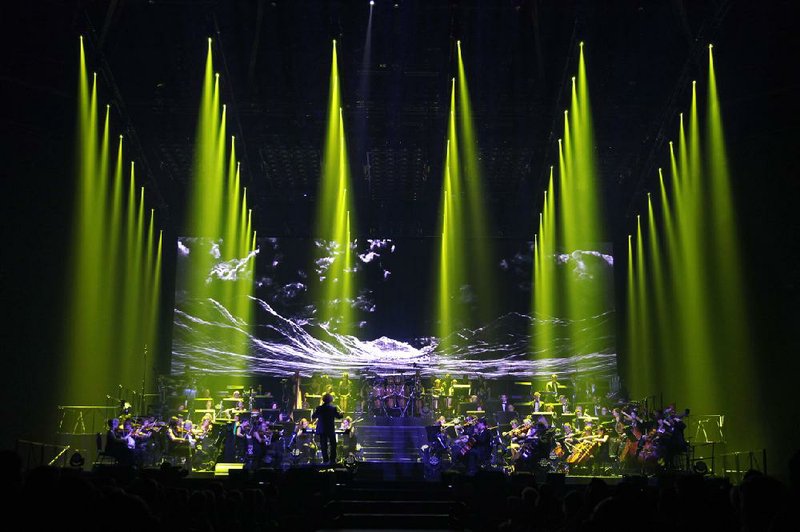 Belgium’s Il Novocento, a 60-piece orchestra, will perform at Night of the Proms.

Night of the Proms is not something that requires a special frock, tuxedo rental and the acquisition of a corsage and boutonniere. Rather, the name is more reflective of the word "promenade," and a concert tradition combining pop and classical music that got its start in Europe almost 30 years ago in Belgium.

Verizon Arena will be one of the first American venues to host the American version, which begins tonight in Dallas. In March, one of the show's promoters, Jan Vereecke of Belgium, came to the arena to announce the tour's details, explaining that music fans will hear familiar hits, including Kenny Loggins singing "Footloose," backed by Belgium's Il Novocento, a 60-piece orchestra. Also on the ticket are Fine Fleur, a 24-voice chorus; and an eight-piece band headed by an Englishman, John "Music" Miles. A comedy element is provided by opera diva Natalie Choquette.

Michael McDonald, The Pointer Sisters and Nile Rodgers & Chic all are veterans of the European Proms tours and Rodgers and Anita Pointer share their excitement about bringing the shows to the United States.

"We've done the European Proms tours three or four times," Pointer says. "We did it with James Brown one year, plus a tour with Michael and a disco tour with Nile. It's just really interesting, the way they combine so many different elements. And I will be especially excited to get to visit with a lot of relatives and friends, since I spent some of my childhood growing up in Arkansas, in Prescott, and we still own land there."

Pointer, 66, was born in Oakland, Calif., and joined her sisters June and Bonnie in forming a trio in 1969 that became a quartet when Ruth Pointer joined them. In 1973 they released a self-titled album that contained the sisters' first hit, "Yes We Can Can." A year later, Anita and Bonnie co-wrote "Fairytale," which led to a Grammy Award for Best Country Performance by a Duo or Group.

June died of lung cancer in 2006, so The Pointer Sisters now consist of Anita, Ruth and Sadako Pointer, granddaughter of Ruth.

"It will be thrilling to play in Arkansas again," Anita says. "I remember when [former] Gov. Huckabee inducted us into the Black Hall of Fame there. I guess I haven't been in the state since 1998, but it's still home to me. The people there are wonderful, even though the schools were segregated when I was there. I went to McRae School in Prescott for three years and then a year at junior high and my senior year at the high school there."

Nile Rodgers, 61, has a packed resume of musical accomplishments, ranging from his time as lead guitarist and co-founder of the band Chic, which has been active since 1976, to his time producing and performing with David Bowie, Diana Ross, Madonna and, most recently, Daft Punk -- for which he won three Grammy Awards in January.

He has also produced albums for Peter Gabriel, Debbie Harry, Mick Jagger, Laurie Anderson, Bryan Ferry, The B-52s, Michael Bolton and Eddie Murphy. He has written an autobiography and created music for soundtracks and video games.

"I've done about 10 years of shows with the Proms," Rodgers says. "Sting or Elton John had told me about them, and they're one of the coolest things I've ever done. It's like big eye candy, which is part of how we've gotten used to big extravaganzas. These come together is such a seamless fashion, as they're organized in such a way, and the music takes on a whole new dimension in these shows.

"And I've been cancer-free since about a year ago. I had gotten a diagnosis of prostate cancer in 2011, but I decided my part of the therapeutic process was to do what I do best, so I kept making music. And my band, Chic, has gotten a new record deal. With the success of electronic music, like Daft Punk, people have been saying to me, 'I want to hear disco again!'"

Rodgers doesn't recall ever having performed in central Arkansas before, but he does laugh about some of his memories of when he produced an album for Stevie Ray Vaughan in Memphis, and would sometimes cross the bridge into West Memphis for recreation.

Michael McDonald, winner of five Grammys, is known for his distinctive voice and his solo career, after his stint in The Doobie Brothers. He had begun his musical odyssey as a backing vocalist for Steely Dan. In August, he will embark on a tour with Toto.

Kenny Loggins, well known for hit singles written for movie soundtracks, also was one half of a 1970s hit duo, Loggins and Messina.

Print Headline: Music takes on new aspects in latest Night of the Proms