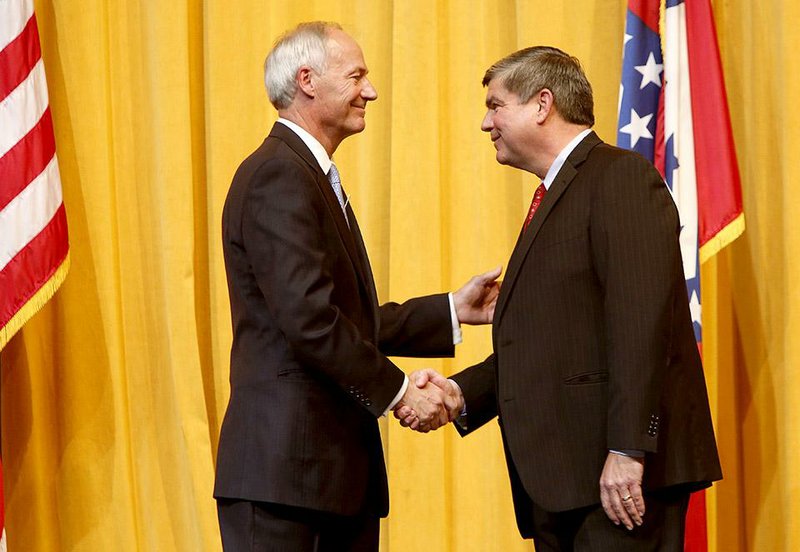 Republican Asa Hutchinson chided his Democratic opponent for governor, Mike Ross, at a debate Tuesday night in Bentonville for trying to ride the coattails of the state's popular governor, Mike Beebe.