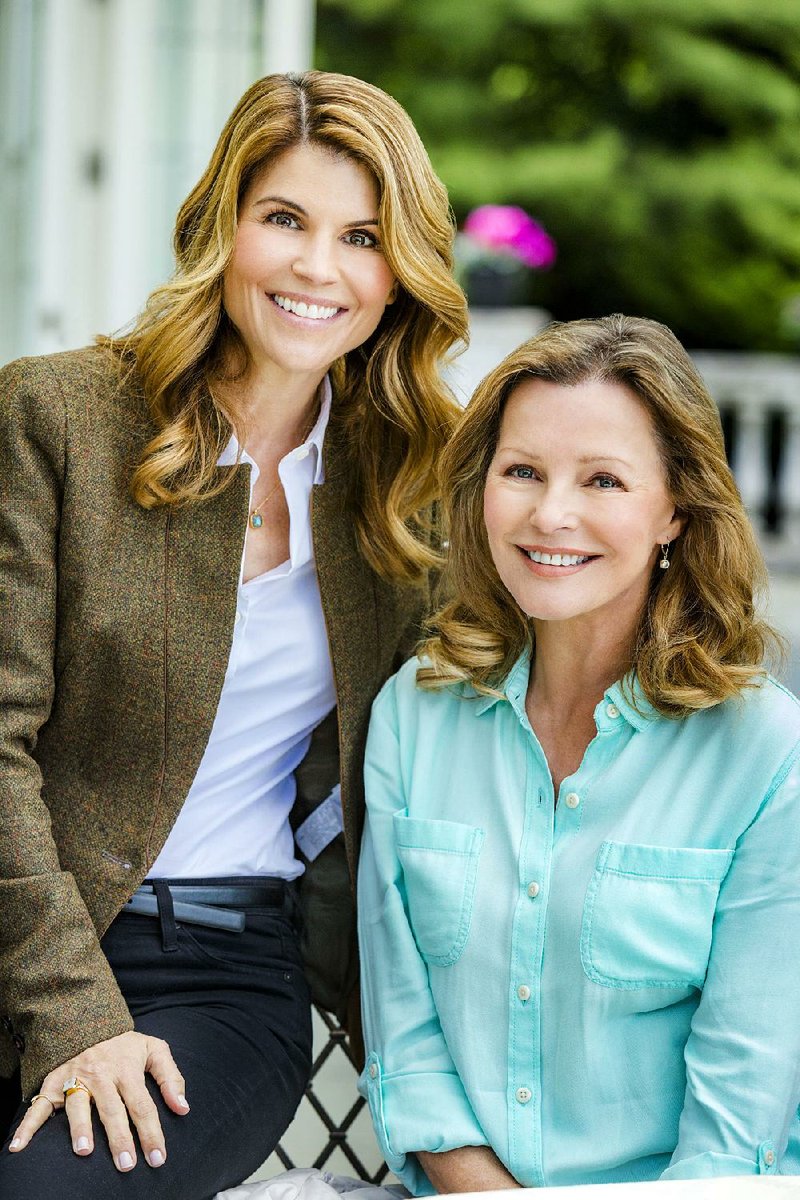 Sometimes you just want to watch something because of nostalgia.

That's the case with the latest from Hallmark Movies & Mysteries Channel, Garage Sale Mystery: The Wedding Dress. The movie, fourth in the series, airs at 8 p.m. today.

What makes this one so special?

First of all, the Garage Sale Mystery series stars Lori Loughlin, Aunt Becky from Full House (1987-1995). Aunt Becky was my favorite and we'll be able to see Loughlin reprise the role when Netflix rolls out Fuller House sometime next year.

The series is currently being shot and most of the original cast, including Bob Saget (Danny), John Stamos (Uncle Jesse) and Dave Coulier (Joey), will be back in varying degrees of importance. The series will revolve around the recently widowed D.J. (Candace Cameron Bure), her sister Stephanie (Jodie Sweetin), and BFF Kimmy (Andrea Barber).

Note that Mary-Kate and Ashley Olsen, who jointly played little Michelle Tanner ("You got it, dude!"), have opted out of even a cameo appearance. At least for now.

Loughlin has worked steadily over the past 20 years. In addition to the occasional guest episode and TV movie, she was a regular on Hudson Street, Summerland, 90210, and When Calls the Heart.

The Garage Sale Mystery series is based on Suzi Weinert's novel Garage Sale Stalker. In it, Loughlin plays Jennifer Shannon, garage sale pro always hunting for goodies for her antique and collectible shop Rags to Riches.

Jennifer also happens to be an ace detective.

"Jennifer is completely relatable," Loughlin says in a Hallmark interview. "She's a working mom trying to make ends meet and balance it all -- be a good wife, be a good mother, and on top of that, save the day and solve a mystery.

"I think that from the time she was a little girl, Jennifer loved any kind of mystery. It's like a scavenger hunt, in a way. She loves to find all the clues and put all the pieces together."

That skill comes in handy due to the number of mysterious murders that come her way.

Ladd won baby-boomer hearts as Kris Monroe in Charlie's Angels back in 1977. She replaced Farrah Fawcett-Majors after Season 1, and we never looked back.

Ladd is a young-looking 64 these days and may better be known to a later generation from her time as the wife of James Caan's character on Las Vegas (2003-08).

In Garage Sale Mystery: The Wedding Dress, the mystery begins when Jennifer discovers an old wedding dress. A dress with blood on it.

"This [movie] is different because it's a cold case," Loughlin says. "We start 20 years earlier at a wedding. All of a sudden, the groom goes missing and we don't know where he is or what's happened.

"Cut to 20 years later and the case is still unsolved. No one is telling Jennifer to mind her own business, so left to her own devices, she's going to see this through to the end because she wants to know what happened.

"As she does her research, she finds all these interesting clues."

About her character, Helen, Ladd adds, "This woman has a story and a past and you follow her through a very, very difficult issue with the disappearance of her husband. Just before the reception, he's gone.

"And then Jennifer finds it fascinating that this beautiful dress is just in a box somewhere. She finds my character's name on it and wants to know all about it.

"And then there's blood found and that light bulb goes off for Jennifer."

According to the movie's teasers, the Olsen twins (they're not identical, by the way) had some fairly tough agents. The ladies, who were cast at the tender age of 6 months, are 29 now and filthy rich.

• Jon Snow. The TV critics' summer press tour is currently underway in Beverly Hills. When HBO programming honcho Michael Lombardo took the stage, he was hit with a barrage of questions about Game of Thrones.

Chief among them, as you'd expect, was whether fan favorite Jon Snow is really, really dead. As if Lombardo was going to spill the beans to a room full of TV critics.

The favorite GoT theory is that, yes, Snow is dead, but will be resurrected by Melisandre. She can do that.

Lombardo's other big news was that Thrones producers are leaning toward ending the series after three more seasons.