Eight on death row out of appeals

Of the 34 men on death row, eight have exhausted all appeals and can be scheduled for execution. Sixteen are white and 18 are black. 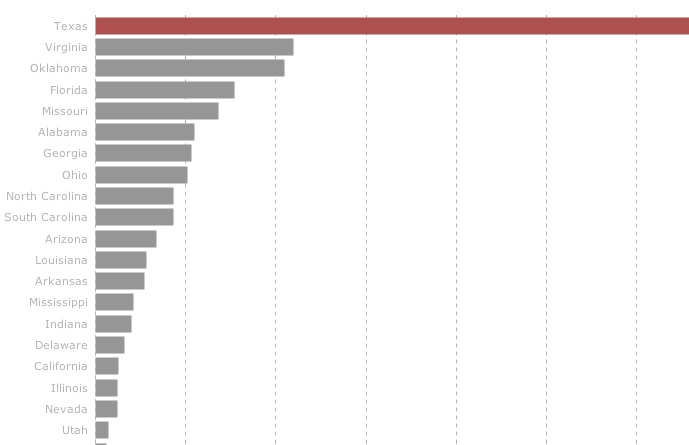 The eight men are:

• Bruce E. Ward, 58, white, was sentenced in Pulaski County to death row Oct. 18, 1990, for capital murder. On Aug. 11, 1989, Ward strangled to death 18-year-old Rebecca Doss at a Little Rock convenience store where she worked. Ward emerged from the men's room after a police officer had entered the store and discovered there was no one behind the counter. Doss' body was found on the bathroom floor.

• Don W. Davis, 52, white, was sentenced in Benton County to death row March 6, 1992, for capital murder. On Oct. 12, 1990, Davis broke into the Rogers home of 62-year-old Jane Daniels. He shot her execution-style once in the head in a storeroom of her home with a .44-caliber Magnum revolver he had stolen in a previous burglary.

• Terrick Nooner, 44, black, was sentenced in Pulaski County to death row Sept. 28, 1993. In the early hours of March 16, 1993, Nooner shot 22-year-old Scott Stobaugh at close range seven times as he was washing his clothes at the Funwash Laundromat on West Markham Street in Little Rock. Nooner took $20 and a checkbook from Stobaugh. Nooner's accomplice, Robert Rockett, was sentenced to 65 years in prison after he pleaded guilty to first-degree murder.

• Stacey E. Johnson, 45, black, was sentenced in Sevier County to death row Sept. 23, 1994, for capital murder. On April 1, 1993, Johnson beat, cut and strangled to death 26-year-old Carol Heath at her De Queen home while her 2-year-old son and 6-year-old daughter were in the home. Heath's throat had been slashed to the bone and an inch into her spine.

• Jack H. Jones Jr., 51, white, was sentenced in White County to death row April 17, 1996, for capital murder. On June 6, 1995, Jones raped, beat and strangled to death 35-year-old Mary Phillips and severely beat her 11-year-old daughter. On the day of the killing, Phillips' daughter had gone to work with her mom at a Bald Knob bookkeeping firm where Jones had been painting a sign outside the business. Phillips' body was found the next day and her daughter, Lacey, was discovered in the office bathroom, bloodied and beaten, with a fractured skull.

• Marcel W. Williams, 44, black, was sentenced in Pulaski County to death Jan. 14, 1997, for capital murder. Williams abducted 22-year-old Stacy Errickson, a mother of two, at gunpoint from a Jacksonville convenience store Nov. 20, 1994, where she had stopped for gas on her way to work. Williams forced Errickson to withdraw money from several automated teller machines, raped her at a storage facility and then took her to North Little Rock's Riverview Park, where he beat and suffocated her.

• Jason F. McGehee, 39, white, was sentenced in Boone County to death Jan. 8, 1998, for capital murder. McGehee, who was 21 at the time, was the leader of a group that kidnapped and killed 15-year-old John Melbourne Jr. of Harrison on Aug. 19, 1996. His accomplices, Christopher Epps and Ben McFarland, were sentenced to life without parole in the murder. Melbourne's body was found in a heavily wooded area in northern Boone County on Sept. 3, 1996. Authorities said that the teenager had been beaten, kicked, burned with candles and strangled.

• Kenneth D. Williams, 36, black, was sentenced in Lincoln County to death Aug. 30, 2000, for capital murder. On Oct. 3, 1999, Williams escaped from the Cummins Unit at Varner by hiding in a vat of hog slop moved from the prison. He killed 57-year-old Cecil Boren, who was tending his garden near the prison. At the time of his escape, Williams was serving life in prison without parole in the 1998 slaying of a University of Arkansas at Pine Bluff cheerleader, 19-year-old Dominique "Nikki" Hurd.

Print Headline: Eight on death row out of appeals