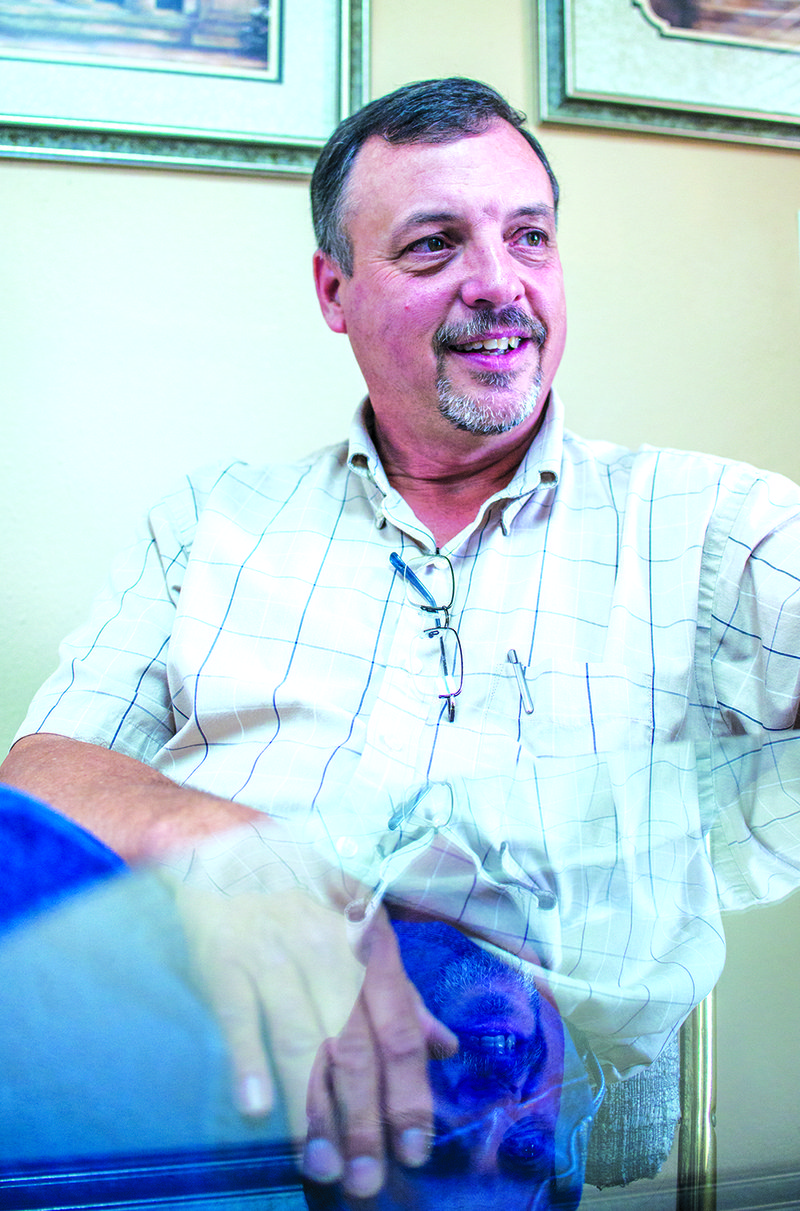 Ray Bowman was elected to be the first mayor of the newly incorporated city of Southside on Aug. 11. The town decided to incorporate in response to Batesville’s intent to annex an area that includes Southside. Bowman owns a business in and grew up in the area now known as Southside. ( William Harvey)

If someone had told Ray Bowman when he was in high school that he would one day be the mayor of Southside, he probably would have laughed. He was on the Student Council when he attended Southside High School, but being mayor of Southside was never part of his plan.

The past few months have been a time of change for the community just south of Batesville. Southside moved to become an incorporated city after learning of the city of Batesville’s intent to annex the area that includes Southside. In October 2014, County Judge Robert Griffin granted the request for Southside to incorporate, and elections for the first mayor and city council took place Aug. 11.

Bowman said he initially did not want to run for the office of mayor. In fact, most people in Southside did not necessarily want to live in an incorporated city, Bowman said, but believed it was necessary in order to protect their way of life. When duty called, Bowman stepped up to the plate in order to lead the new city and was elected as Southside’s first mayor.

As a local business owner who has lived in Southside his entire life, Bowman said, he is excited to serve the people in his community and continue to get to know his neighbors.

“We are a close-knit community,” he said. “This has been a community effort. This is our deal, and we want to keep it that way.”

One of the reasons Bowman was not initially interested in running for mayor was that he spends a lot of his time working. He currently serves as plant manager and vice president of Bowman Handles Inc., a company that his great-uncle F.R. “Shorty” Bowman began in 1967.

The company makes handles for tools. Bowman said he is often contacted by people who want to repair their hammers, axes and hoes instead of purchasing a new tool altogether, and he is able to provide them with a new handle. The company used to also produce baseball bats, but it dropped that venture several years ago. Bowman said the business has customers from coast to coast and produces handles that other companies can then use to put together full tools.

Bowman initially thought he might become an accountant. While pursuing a college degree, he decided to leave school and join the family business. He has worked there ever since, moving up the ladder into varied leadership positions.

“I went to college after high school at Arkansas College (now Lyon College in Batesville), but I eventually decided I wanted to try something else, so I went on the road,” Bowman said. “Our industry had changed, so we had to change with it. Going on retail tours was the way we did it. I had a truck and took everything with us. I got the order and carried it in; then you had the product.”

After 13 years on the road, Bowman’s father became ill, and Bowman returned to Southside to help run the business. He has worked out of the home office since 1994, completely leaving his travel-based work in 1995.

Until last year, life in the unincorporated community

south of Batesville was just what most residents wanted, Bowman said. In August 2014, people in the community found out from an article in a local newspaper about the intent of Batesville’s leaders to annex the area.

“That’s the first any of us knew about it,” Bowman said. “The next night, we had a meeting at the firehouse, where people asked what we could do to fight the annexation. … We started a committee called Keep Southside Free From Annexation. Our first goal was to try to stop the annexation.”

Bowman said Southside residents attended meetings to express their displeasure with the planned annexation, and many Batesville residents came out to support their neighbors to the south. When it became apparent that the city of Batesville still intended to move forward with its plan, Bowman said, it was time to seek incorporation.

“We got a petition out [to incorporate],” he said. “There were people that hadn’t voted in years who made sure they registered and got their names on that petition. It was based on the promise that we would leave everything as close to what it was as possible.”

That is still the vision for the city, Bowman said. The plan at this point is to utilize interlocal agreements with Independence County to take care of law enforcement, trash pickup and streets. Southside already has a private water and sanitation department, as well as a volunteer fire department.

“There’s not a lot of need,” he said. “We’re very blessed. We have a leg up because we don’t have to start from scratch.”

The fact that the city was incorporated and city officials were elected within a year of the threat of annexation is a testament to the hard work and commitment of Southside residents, Bowman said.

“It is hard. There’s a lot to it,” he said. “We just wanted to run things our way. For us to do it in a year, it’s a pretty big deal this day and time. We had a lot of great people on that first committee. A lot of the people in that community are not even in the city limits, but they wanted to be a part of it because they knew what was coming [if Southside did not incorporate].”

Bowman has a list of things he and the City Council will have to take care of soon. First on that list is establishing

interlocal agreements with the county. Next, Bowman said, he plans to help several people who live outside the city limits and are interested in joining the city of Southside.

“They would come in by petition,” he said. “That way, it doesn’t look like we’re just grabbing them. We want them to come in if they want to come in, and they do.”

The third business item for the city is to establish bylaws. After those three steps are done, Bowman and the council will focus on the budget that is due to the state in December and eventually establish a city-hall building.

“This is all new,” he said. “From what I can understand, Bella Vista was the last new city in the state of Arkansas. … With this council, I think it’s going to be a ‘we.’ We’re

going to work together. We have a common goal of keeping it like we told people.”