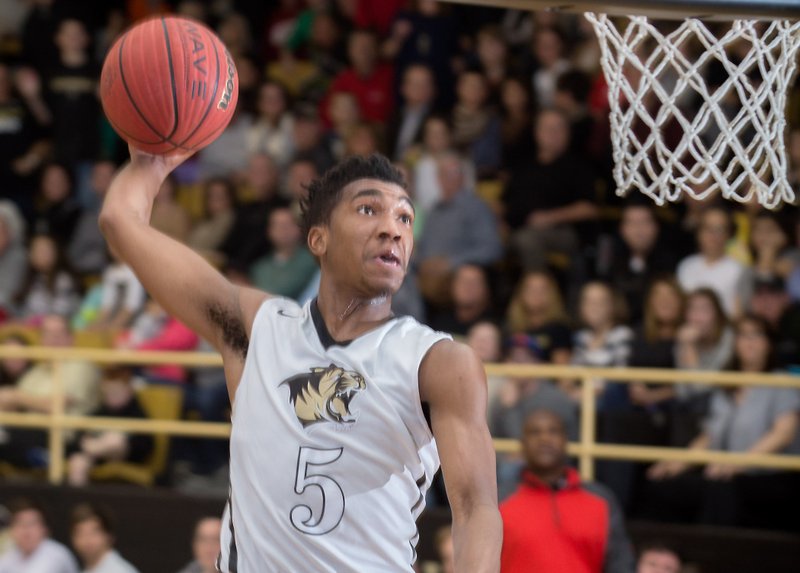 Malik Monk of Bentonville is expected to announce his shortened list Tuesday. Monk is the seventh-best player nationally in 2016 by Scout.com.

The next step in the recruiting saga of Bentonville basketball star Malik Monk will happen Tuesday night.

Monk (6-foot-4, 190 pounds), ranked the seventh-best player nationally in the 2016 class by Scout. com, will release his shortened list of schools.

Arkansas and Kentucky are expected to be two of the teams on the list, which will likely be revealed on "The Raw Report," a new radio show airing in Northwest Arkansas on The Fan 99.5 nightly between 7-8 p.m.

"We will be finalizing up all the official visit dates by Monday and then we'll go from there."

Arkansas has anywhere from six to eight scholarships to give in what will be one of the largest recruiting classes in a while.

Macon, who committed to Arkansas this summer, averaged 23 points last season for Holmes as a true freshman and is a deadly outside shooter.

Kapita will spend at least a semester and maybe the full year at Spire Academy in Geneva, Ohio.

No word on dates of possible official visits to Arkansas for those prospects yet.

Dudley Dawson can be reached at ddawson@nwadg.com.