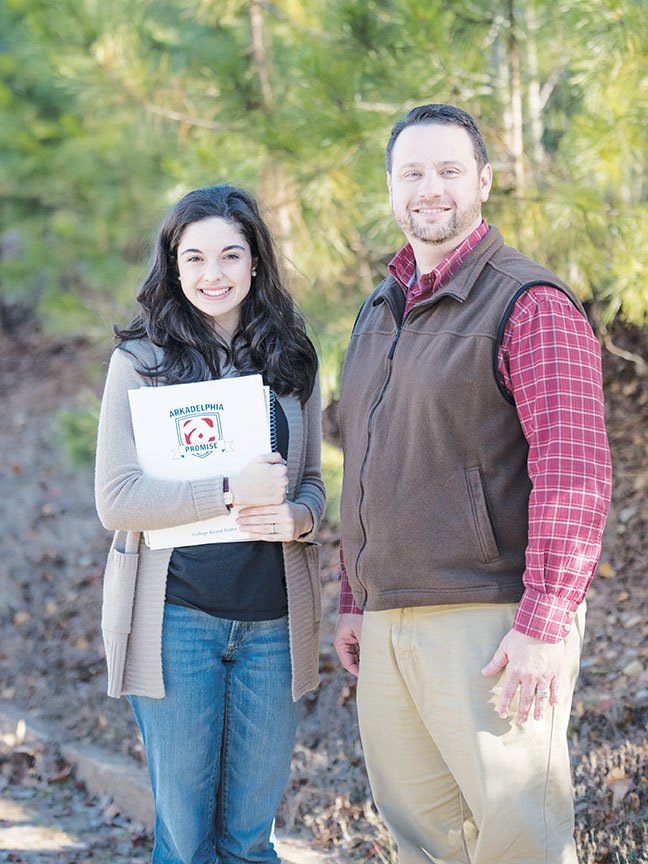 Americans owe $1.2 trillion in student-loan debt, and that number is growing, according to a U.S. News & World Report article published in June. In Arkadelphia, the Ross Foundation and Southern Bancorp have funded the Arkadelphia Promise to help offset the cost of college tuition for Arkadelphia High School students. This year, the program reached the million-dollar milestone in scholarship funds awarded.

“There aren’t a lot of us,” Jones said. “There are probably less than 20 programs [like the Arkadelphia Promise] up and running in the United States. There are probably another 60 or 80 that are trying to get going. You know, funding is a huge issue. We’re just blessed to have had Southern Bancorp and The Ross Foundation decide to fund our program. It’s very unusual to have somebody willing to pony up the money for something like this.”

Arkadelphia is rare in that respect. The city’s leaders have invested in the future of the community through education.

“We had a few folks here in Arkadelphia who were looking to help send kids to college, and they knew that meant a lot of money,” said Jason Jones, executive director

of the Arkadelphia Promise. “And when the Arkansas Challenge scholarship was announced, they realized that it might be possible because the lottery scholarship was going to provide part of the funds to help go to college. So some folks from Southern

Students who enrolled in the program after Nov. 16, 2010, will receive a percentage of the maximum scholarship, depending on their length of attendance in the Arkadelphia Public Schools. Attendance starting after the 10th grade will not earn a scholarship reward.

“We’re pretty sure the college-going rate was in the low 60s,” Jones said. “You know,

60 percent, 65 percent, and now we’re averaging around 75 percent of our students that go to college.”

The Arkadelphia Promise will pay for the difference in tuition and funds contributed by the Academic Challenge Scholarship, up to the cost of tuition at Arkansas’ public colleges and universities.

Students may attend any college they choose and receive the funds.

The Promise only applies to Arkansas residents who are also U.S. citizens.

Students must also maintain a 2.5 cumulative grade-point average in high school or score a 19 or higher on the ACT, and apply for two scholarships, not including federal, state or Arkadelphia Promise scholarships.

To date, the Arkadelphia Promise has provided 718 college semesters of funding to Arkadelphia High School graduates and awarded an average of $3,342 per year per student during that span.

“The thing that we’ve really been able to brag about has been the freshman-to-sophomore retention rate,” Jones said. “As an example, this class of 2014 had 87 percent that returned for their sophomore year, which is just insanely high.”

With local students going to and staying in college, Jones hopes to attract new businesses and bring prosperity to the area through the growing populace of college-educated residents.