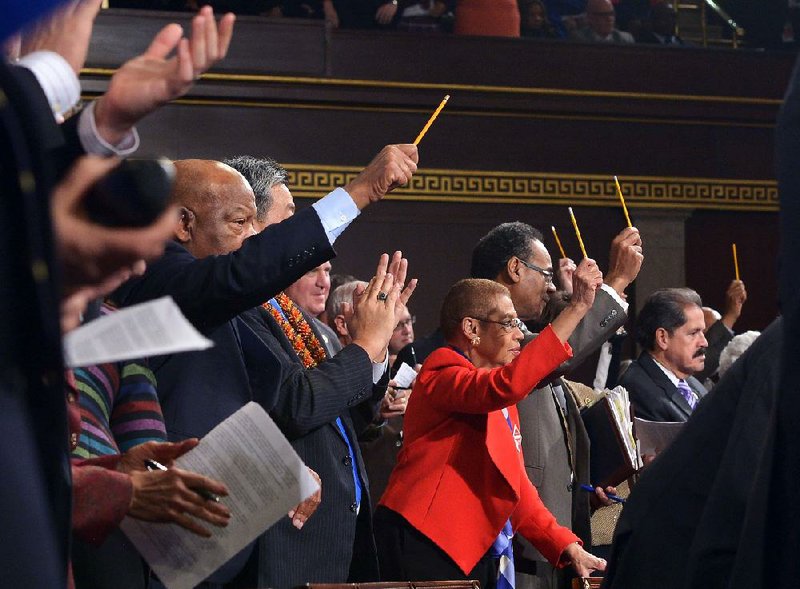 In a symbol of free speech and a show solidarity with victims of the attack on the satirical French publication Charlie Hebdo, lawmakers hold up pencils Tuesday evening after President Barack Obama said America stood with the people of Paris. Republicans and Democrats alike rose to applaud the statement. (AP / MANDEL NGAN )

Several members of Arkansas' congressional delegation said Tuesday that President Barack Obama promised a vision for the country in his State of the Union speech that they had heard before.

Obama: On to better times