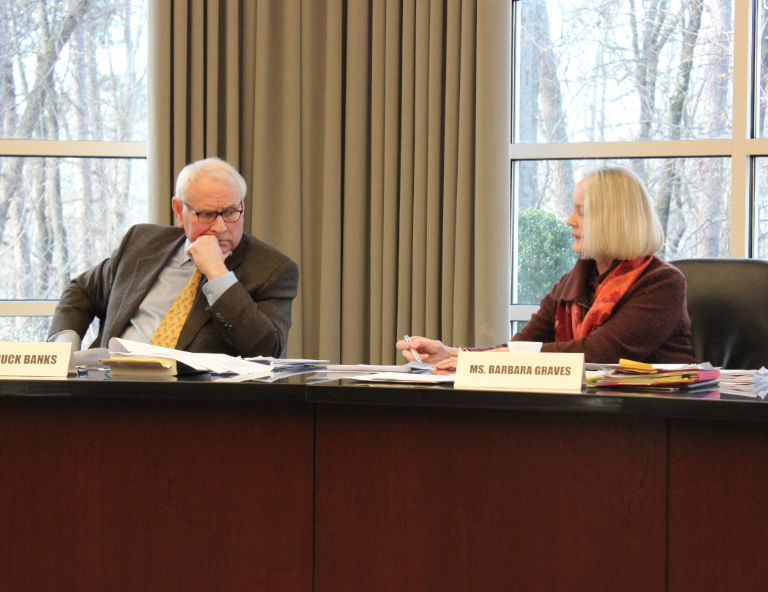 The panel tasked with setting the salaries of elected officials in Arkansas called Friday for more than doubling state legislators' salaries and for big pay increases for most of the state's constitutional officers.

The Independent Citizens Commission met Friday, making preliminary proposals on how it wants to see salaries set. Changes could come before a formal approval of the figures on Monday, which would then set in motion a public comment period. The panel will meet again in March to finalize the salaries.

For state legislators, the seven-member panel recommended salaries of $39,400 for most and $45,000 for the leaders of the two chambers. Those are more-than 148 percent and 153 percent increases from the current rates of $15,869 and $17,771, though the panel settled on the steep increase after voting to recommend largely doing away with thousands in office expense reimbursements legislators can currently claim.

The board also voted to freeze the lieutenant governor's salary at $42,315 and to raise judicial salaries by at least 11.3 percent.

Circuit judges would see the biggest bump under the proposal, an increase of about 14 percent from the $140,372 they currently make.

Commission Vice Chairman Chuck Banks suggested they be paid nearly what appeals judges make because the latter don't have the "same sense of day in, day out responsibilities" as circuit judges.

The panel will meet again Monday, when it could still change the proposed salary amounts before approving them for an initial review. A comment period will follow, with a public hearing set March 2 and a final decision due at a March 5 meeting.

The legislator figures also represented a steep increase from the $25,000 and $30,000 floated earlier in the week and supported then by a majority of the seven-member panel.

But Friday's decision came after the panel recommended to eliminate office expense reimbursement, which had been available up to $14,400 a year, for all legislators except for committee and subcommittee chairmen. That figure was then considered as the members traded proposals for legislative salaries.

In a letter to the panel, House Speaker Jeremy Gillam, R-Judsonia, and Senate President Jonathan Dismang, R-Searcy, vowed that they would follow through on the recommendation to eliminate the office expenses if the panel included that in the salaries.

Commissioner Stuart Hill said he would not support the higher salary if that change weren't ultimately made.

"I don't think any of us would," added commissioner Stephen Tipton.

The panel also Friday voted to recommend no changes to legislator per diem and mileage. 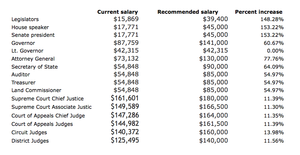