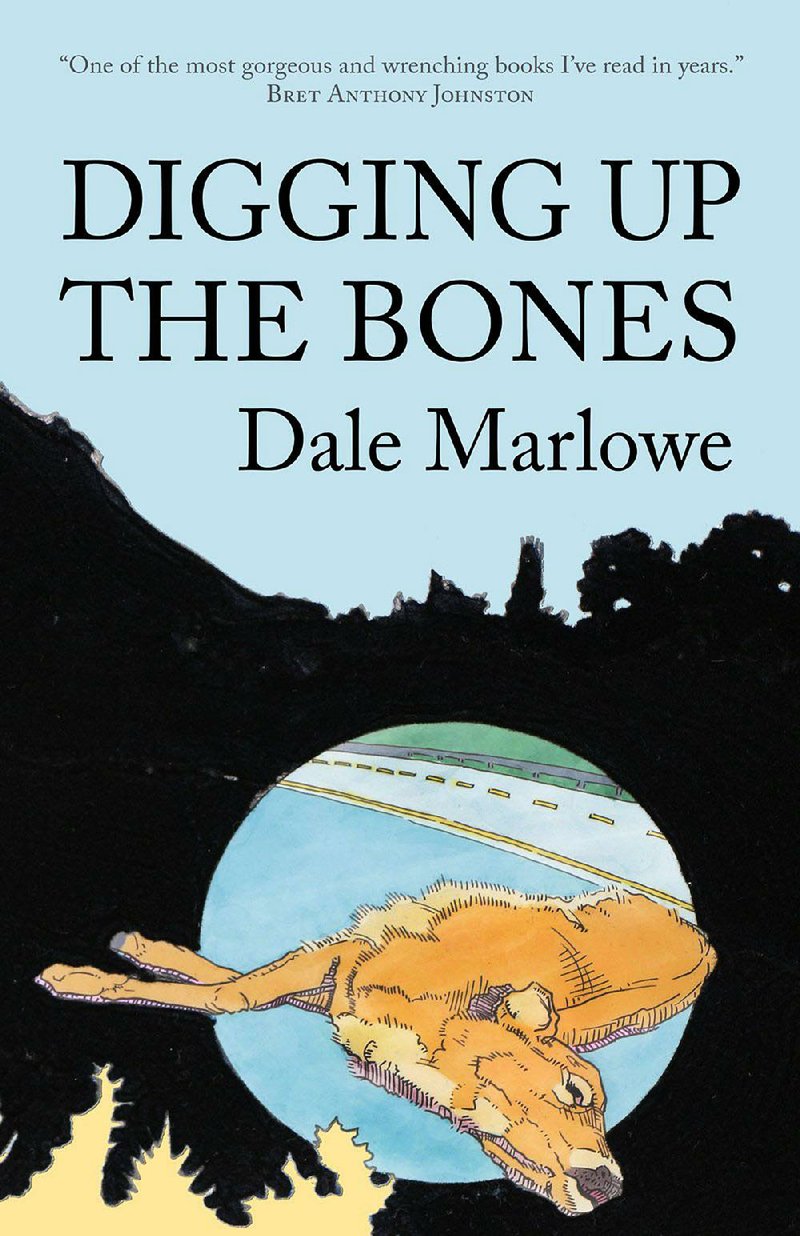 Digging Up the Bones by Dale Marlowe

There's a fairy tale that we like to believe about how cream always rises to the top and talent always will out. But that's not true; there are all sorts of things that contribute to whether something gets noticed. The son of the boss has a better chance of being boss than the kid aging out of the foster care system, and it seems probable that our next president will be one who has already spent considerable time in the White House. 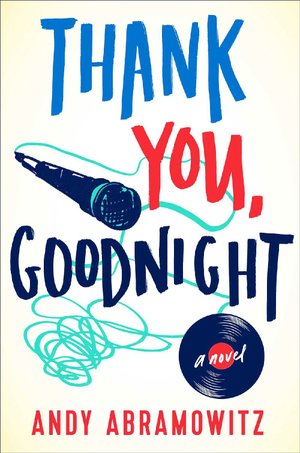 Thank You, Goodnight by Andy Abramowitz 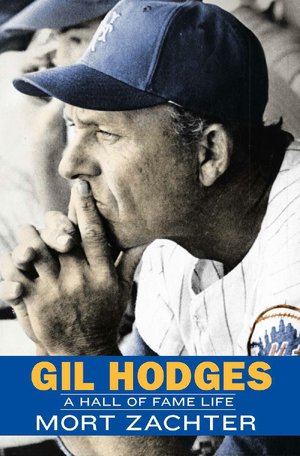 Gil Hodges: A Hall of Fame Life by Mort Zachter

I'll admit I give more attention to the boxes from Knopf, Pantheon or Algonquin than I do the hand-addressed envelopes that cross my desk. There are a lot of slim little paperbacks that never get read because I feel obligated to check out the newest Judy Blume or Paulo Coelho. And no, it's not fair, but time is a nonrenewable resource and they're not giving out gold stars for working late these days. So it's easier to do what most everyone else does, and completely defensible too. I can't do anything about the best-seller lists any more than I can make the Grammys smarter.

It's for purely selfish reasons that I pick up a book like Dale Marlowe's Digging Up the Bones (Roundabout Press, $15.95). I just do it to make myself feel better, to pretend that I at least give the underdog a shot. It shows up unsolicited from a fairly new press I don't know much about. I think maybe I'll read the first chapter just to reassure myself that it's ordinary enough to skip. I don't have to pan it, I don't have to step on some aspiring novelist's neck -- I can just pass on it.

It's a brief (128 pages) suite of connected stories about cursed members of the meth trash Nash family, originally of Ebb Holler, Ky., that take place over the course of a few decades, from 1969 to 2003. In these stories we meet all manner of scarred and stunted folks, from would-be presidential assassins to disillusioned white supremacists. They are all fantastic creatures, yet they seem very much like people I have known, or might have known. Or might have been.

But more importantly than these characters or what happens to them is the author's voice -- a ferocious, low-to-the-ground animal with yellow eyes. The easy reference points are Daniel Woodrell (Winter's Bone) and Larry Brown, but there's an economical mania to Marlowe's prose that occasionally puts me in mind of Denis Johnson (The Laughing Monsters: A Novel):

Lies and false reasons and make-believe swirl around him like dithering leaves. Kyle decides he will not allow them to settle or pile up and cover this day, these truths, that kiss, not again, nevermore. He pounds the roof of his Pontiac with the side of his fist, and it rumbles like a timpani. He raises his head to the light. No sense in fighting it. He will go back and knock on Marion's door. When it opens he will enter, and once inside, he will stay.

That paragraph is the end of a story, but it can stand as a story itself, a clot of clocked words, all rhythm and echoes, a resolving chord. Marlowe's voice snarls and snaps -- he can unwind it into a feral howl. It's not always pretty music, but it's surprisingly tight. It is as disciplined as it is dark. There's a precision to his licks, and a stubborn insistence on the residual humanity of even the most thwarted and beaten down.

It's almost always a mistake to confuse an artist with his work. I've stalked Marlowe on the Internet and satisfied myself he's not some backwoods wizard transcribing his hallucinations, but a reasonably comfortably fixed family dude living near Dayton, Ohio. He teaches at a community college and practices law. He's a graduate of the Iowa Writers Workshop. Pays his taxes. Quiet and normal as a serial killer.

I didn't expect that. But then I didn't expect this. Don't ask me to lend you my copy of Digging Up the Bones. I've already pressed it into the hands of a friend with the assurance that it's the genuine article, the good stuff, the work of an original and fierce intelligence to which attention must be paid. I hope he sells a few books. I hope he writes a few more.

The protagonist of Andy Abramowitz's debut novel, Teddy Tremble (I picture a mid-30s Ian Hunter, complete with Medusa locks and sunglasses) was, in the '90s, the front man of a single-hit rock band called Tremble. Unfortunately their career lasted only two albums, in part because Teddy made a couple of ill-conceived career decisions.

Now, a decade after they ruled the airwaves with an Oscar-winning power ballad called "It Feels Like a Lie," Teddy has settled into upper-middle-class striving as a Philadelphia lawyer. But then he gets a message from his old drummer about his "legacy" hanging in London's Tate Modern. This cryptic remark sends Teddy first to the art gallery, where he confronts an unflattering portrait of himself taken by a Swiss photographer, and then on to Switzerland, where he encounters an improbable cult following.

Confused by this unexpected development, Teddy begins to reconsider how the band ended and to think about things that might have been. He feels compelled to start writing songs again, and after being encouraged by his old producer, an iconic tastemaker, he sets out to put the band back together. The guitarist, Jumbo Jett (groan), a hulking mess of man-child who's reduced to living in his ex-wife's basement, is eager to relive past glories. But the drummer, Warren Warren (yes, the names are a bit arch), who started the whole thing, is reluctant -- he's happy with his family and his teaching.

Warren agrees to consider re-forming Tremble if Teddy can get the band's waifish bassist Mackenzie, with whom Teddy has a freighted romantic past, to go along. Teddy's anxieties about approaching Mackenzie are complicated by his relationship with his longtime girlfriend Sara, who has never quite finalized her divorce.

While it can easily be described as a beach read, Thank You, Goodnight is better observed and several degrees smarter than it needs to be. It's one of those novels that might make an even better movie -- it feels like the literary equivalent of a good Cameron Crowe romantic comedy.

While it can be argued that the whole book is just an exercise in bourgeois American wish fulfillment, that's actually one of the book's strengths. Every office of any size probably contains a Teddy, someone who might have made a record (or published a novel) if he'd just pushed back a little harder against the pressures to conform. Abramowitz makes shameless use of music world tropes and nearly all his characters might be read as stereotypes, but there's an undeniable charm and gentle wit to this book. And it doesn't take long to read.

This is a better than average baseball biography that makes a very dubious case for the legacy of Gil Hodges, a better than average first baseman-turned-manager whose prime achievement was managing the Miracle Mets to victory over the Baltimore Orioles in 1969. Those New York Mets were amazin', and Hodges has long been considered one of the more humble and decent figures in the game -- one of the nice guys who belied Leo Durocher's famous dictum about them finishing last. But there's no way he's a legitimate Hall of Famer. His credentials --a .273 lifetime batting average, 370 home runs, and 1,274 RBI -- weren't considered Hall-worthy even before they were occluded by the so-called "steroids era."

That a lot of Hodges' contemporaries and teammates have been enshrined despite similarly borderline numbers is a weak argument. Still, it's a good read.