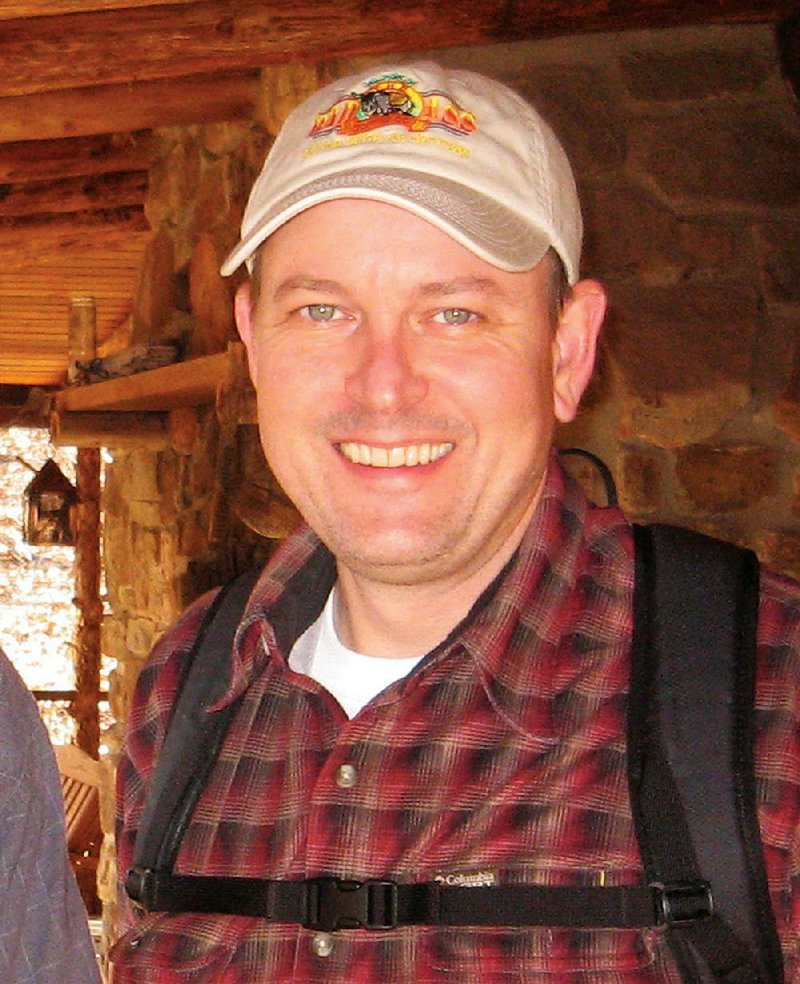 The clothed remains of missing Little Rock businessman John Glasgow were discovered Tuesday not far from where a skull was found in a remote and rugged area of Petit Jean Mountain, closing the initial investigation, Conway County Sheriff Mike Smith said.

The body -- along with a wallet containing a driver's license and credit card -- was found about 9:30 a.m. Tuesday on a shelf of rock about 200 yards south of where the skull was located near Red Bluff Drive. The area is several yards away from the 20-mile-long Boy Scout Trail that loops through the park.

"We found the bones inside the clothing," Smith said. "Other parts were found in the area, strewn by animals. We are pretty sure we located nearly everything. We did find the bulk of the remains."

When asked if this case was now a criminal one, Smith replied, "Absolutely not."

A team of about 30 law enforcement personnel from the Conway County sheriff's office, the Morrilton Police Department, state Parks Department, the Arkansas State Police and the Arkansas Game and Fish Commission had been meticulously combing the area for the missing remains since the skull was found there March 11. It was identified the next day as belonging to Glasgow.

Smith said Tuesday that the search has officially ended, and the crews have been sent home. That section of the park has been reopened to visitors.

Glasgow's remains were sent to the state Crime Laboratory for further investigation. Officials are not speculating on a cause of death.

His brother Roger Glasgow said at a family news conference Thursday that he believes his brother's death was the result of foul play. The recovered skull did not appear at first glance to have any "extensive trauma," state Parks Director Greg Butts said last week.

Glasgow, the chief financial officer and vice president for CDI Contractors, was 45 at the time of his disappearance. He was last seen the morning of Jan. 28, 2008, leaving his Little Rock home. A tourist photo later showed that his vehicle was parked outside Mather Lodge at Petit Jean State Park.

Glasgow was not located during an exhaustive search at the time of the 2,700-acre state park and other locations produced from leads.

"Seven years is a long time," Smith said Tuesday. "You hear all kinds of theories. We always thought he was here. That's what was always so hard -- not knowing where to look."

The area where Glasgow's remains were found is not heavily traveled by hikers visiting the park, Butts said. The terrain is strewn with massive boulders and is "very rugged, steep and rocky," Butts added.

The weather interrupted the search on Saturday and Sunday, but teams were at it again early Monday.

"We did a very thorough search. We covered the area pretty well, turned over everything," Smith said. "There were no injuries or accidents during the search. Everybody was really careful and very knowledgeable of the landscape."

Butts said he was impressed at the level of cooperation between the teams and how professionally the search was conducted.

"There was an incident command post, and everybody knew what they were supposed to do," Butts said. "They worked very well together. The team is highly trained in recovery and investigative techniques."

Before his disappearance, John Glasgow was reportedly distraught and tensions were high between him and executives of Dillard's Inc., which owned 50 percent of construction company CDI Contractors at the time. John Glasgow was in negotiations, along with other CDI executives, to purchase the half of the company that had become available after the death of the company's co-founder, Bill Clark.

"We will use X-rays and other techniques to do a full examination. It will take some time and effort to look for any abnormalities that they may be able to see," Channel said.

"It may take quite a while. Typically with skeletized remains, depending on how many were recovered dictates how long the examination will take."

Roger Glasgow said at last week's news conference that funeral services would be scheduled once the search was concluded. Calls to the family were not immediately returned Tuesday.

Smith, who has been involved in the search for John Glasgow since he was first reported missing in 2008, said the end of the search has brought closure to the investigators involved.

"Most of all, what was really driving us was the family, bringing closure to them," Smith said. "We weren't able to do that for seven years. Hopefully, this will finally bring the peace they need."