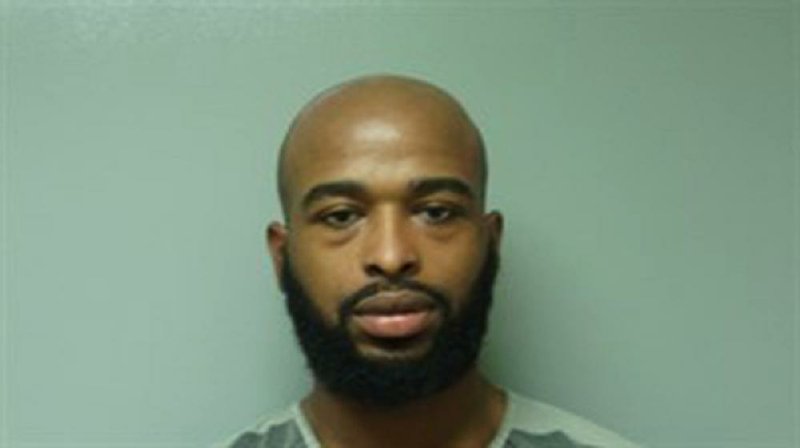 An Arkansas State basketball player remained in Craighead County Jail on Friday awaiting a court-ordered mental health evaluation after he punched a Jonesboro police officer in the throat outside of a hospital, according to police.

A police department spokesman said officer Tyler Wilson, who according to the police report was punched by Livingston outside the hospital, remained at NEA Baptist Memorial Hospital in Jonesboro on Friday with a neck injury (broken hyoid bone).

Paul Holmes, public information specialist for Jonesboro Police, said a judge declined to set bond until a mental health evaluation could be completed for Livingston, a second-team All-Sun Belt Conference player last season who averaged 15.9 points and 10.0 rebounds for the Red Wolves.

Holmes said ASU Coach John Brady attended a probable cause hearing in district court Friday in Jonesboro, during which a judge ordered a mental health evaluation for Livingston. Brady released a statement later through the school's sports information department in support of Livingston, saying the 6-10 forward had not violated team polices or rules in his one season with the team.

A school spokesman said the team is gathering more information about the incident and that Livingston's status with the team has not changed at this point.

"Anthony Livingston has been an exemplary member of our basketball team during his time here," Brady said in a statement. "He is an excellent student, a pleasure to coach and has been a positive representative of the university. This recent incident involving him is totally out of character for who I know this young man to be.

"There are times when we need to evaluate all the personal reasons why a young man could possibly react in a way inconsistent with his previous behavior. I support every effort we have in order to find out the reasons for his behavior and then proceed to place the proper discipline or care he may need."

Police don't know why Livingston was at St. Bernard's on Thursday but were dispatched there because Livingston had become "very hostile" toward staff, according to a report, when Livingston was asked to put on scrubs. A probable cause affidavit said Livingston threatened two staff members by "raising his fists in a fighting stance." When police arrived, Livingston said he would "break their necks" if they tried to stop him from leaving the center, according to the affidavit.

The report said officers tried to calm Livingston, who rushed at Wilson when he was met by the officer exiting the facility, the report said.

Livingston's punch missed, and he ran south toward Centennial Bank Stadium and into a field south of St. Bernard Behavioral Health. Livingston rushed at another officer, the report said, "grunted" and began walking toward an officer before being tased, causing him to fall to the ground.

He was arrested at 11:48 p.m. Thursday. Livingston was taken to St. Bernard's Hospital and then booked into Craighead County Jail.