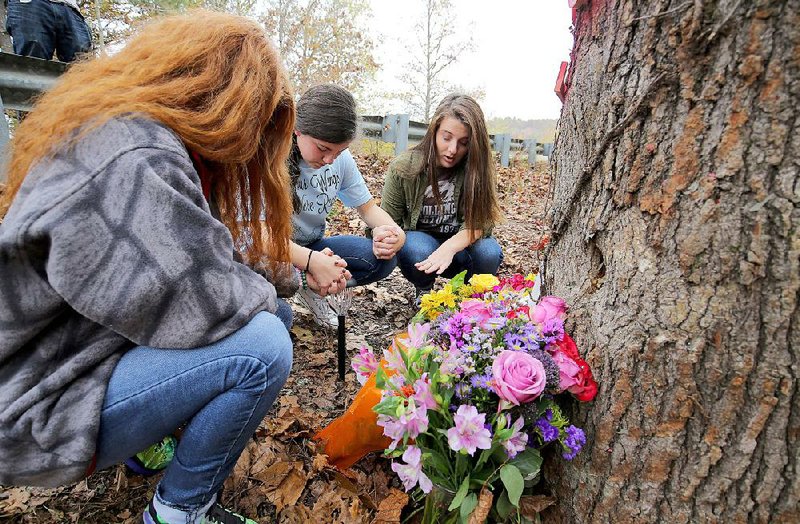 In the midst of the floral arrangements flooding the administrative office of Cabot High School this week, one stands out. 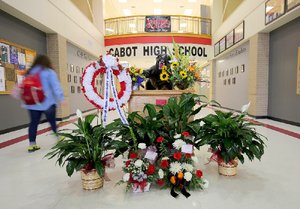 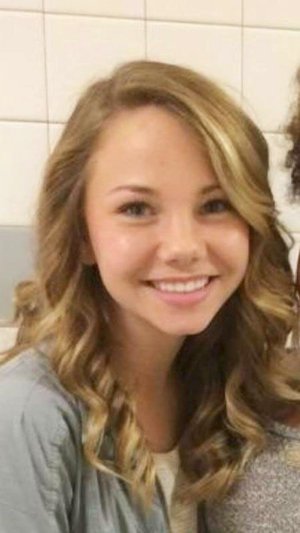 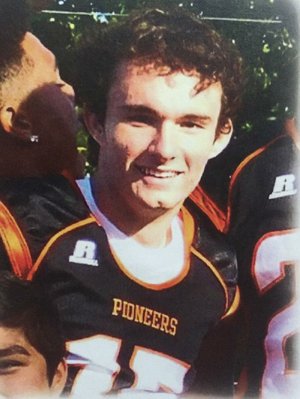 Photo by Special to the Democrat-Gazette
Camdon Osborn 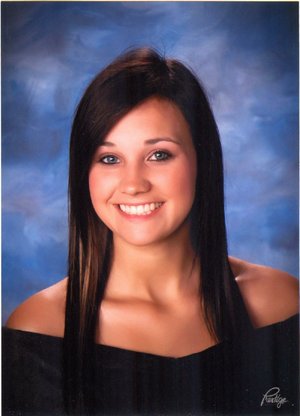 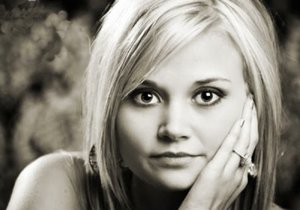 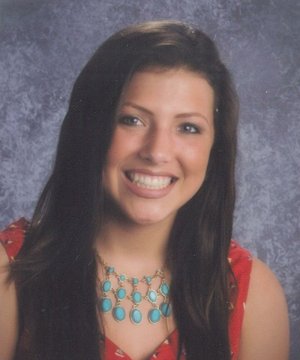 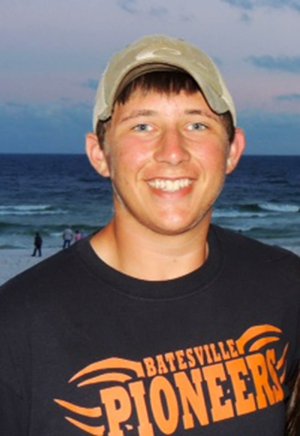 Red and white carnations mixed with a few white chrysanthemums. Wrapped around the vase is an orange and black ribbon with the initials BHS emblazoned in silver, representing Batesville High School.

Two schools, separated by nearly 100 miles, yet bonded by tragedy only days apart.

On Oct. 26, two Batesville High football players — Camdon Osborn and Will Olson, both 15 — were killed, and four other teenagers were injured when the Ford Mustang the six boys were in left the roadway, became airborne and crashed into a tree.

Halloween night, four former and current Cabot High students — Lexy Simpkins, 20; Codi Rice, 19; Sydney Shumate, 16; and Brooke Butler, 15 — died when the 2012 Jeep that Simpkins was driving ran off the edge of the road. After a steering overcorrection, the vehicle spun counterclockwise and struck a guardrail. It then left the road again, flipped and struck a tree.

“This is fresh with us,” Batesville High Principal David Campbell said regarding the sending of the carnations to Cabot High. “We wanted to show them that obviously we’re thinking of them. We know what they’re going through.”

Like Batesville a week earlier, hundreds of people have reached out to the Cabot district with floral deliveries, emails, telephone calls or posts to the districts’ social media pages.

“The outpouring of support during this difficult time has been tremendous,” Cabot School District Superintendent Tony Thurman said. “On Monday, Cabot High School received a beautiful arrangement of flowers from Batesville High School. As many know, they recently suffered a tragic loss. To have them reach out to us while they’re still grieving is an extremely kind and thoughtful gesture.

“It means a lot to us, and our hearts go out to them as well. … It’s comforting to see everyone come together. Please continue to keep our students, staff and most importantly the families involved in your thoughts and prayers.”

For Batesville, the campus is not only still reeling from the loss of two popular football players but also anxiously watching as the four other boys in the accident — Will Davis, Reagan Paul, Cole Taylor and Alex Gilmore — recuperate.

“We’re still working through it,” Campbell said. “The boys are coming back to school slowly, on a part-time basis.”

“It’s still very raw and emotional,” said Liz Massey, spokesman for the Cabot district. “I think everyone is still in shock.”

Youth ministers held prayer services — attended by hundreds — and answered the confused and sometimes angry questions from teenagers, some of whom were glimpsing their own mortality for the first time.

On Sunday, Cabot United Methodist Church Youth Pastor Shane Staton set up about 100 chairs in the church’s youth center. Two of the girls at the church were best friends with Sydney Shumate.

“That was really all I thought was coming, just a handful of friends. None of the girls who died are members here,” Staton said.

It quickly became apparent as people flowed in that a community in mourning needed the solace, the togetherness that Staton’s informal gathering was offering.

“I called my pastor and said, ‘OK. We’re moving into your territory,” Staton said.

Before the night was over, all 400 seats in the church’s main sanctuary were filled, and more than 100 people were standing throughout the room. Friends, family members and faith leaders took turns at the microphone, sharing memories, expressing pain and offering comfort.

Not wanting to face the night alone, the 31-member Cabot Panthers cheer team — of which Shumate was a member — met up Sunday night at the Cabot home of Priscilla Morris, the grandmother of one of the cheerleaders.

“The prayer service helped a lot and just being with the cheer team,” said Mallory Tullos, 17. “At first it was really hard, but I am just taking it day by day. I know she wouldn’t want anybody to be upset or sad. Giving it all to God gives you strength.”

The next night nearly 1,000 people gathered with community faith leaders at Cabot High for a prayer service. A handful of other services have occurred throughout the week, and friends and family members have gone to the White County accident site to leave flowers, cards and letters.

Experts said community support is integral to the healing process after tragedies such as those experienced by Batesville and Cabot.

“Everyone is a little different in how they cope,” said Ben Sigel, assistant professor at the University of Arkansas for Medical Sciences Department of Psychiatry. “The biggest guard against lasting harm, the strongest factor in positive coping and healing, is social and family support. It’s coming together.”

Sigel suggested that young children and teenagers keep a “memory box” filled with pictures and keepsakes of their loved ones, and for parents and community leaders to offer reassurance of physical and emotional safety.

“It’s important that they have someone to talk to as they go back to normal life,” Sigel said. “They need to be encouraged to share good memories.”

It’s the memories, Sigel added, that are probably the most important.

“I guess every dad would say this, but Brooke was a beautiful, talented, amazing, wise young lady,” Blake Butler said. “She lit up rooms wherever she went. She was very, very Christ-filled.”

The Cabot teenager spent a lot of her life at church and was re-baptized last summer in the Amazon River during a mission trip to Peru. She was a competitive cheerleader, a dancer and gymnast. She was naturally sweet, her father said, but she was tough, too.

“People would say she was going to be one of the best lawyers ever one day,” Blake Butler said, laughing. “Brooke wasn’t easy. She was sweet and gentle to everyone, but you had to earn her respect. She was wise beyond her years.”

He enjoyed hunting and was a member of youth groups at both Believers’ Community Church and First United Methodist Church in Batesville. He was a brother to eight siblings — four brothers and four sisters.

The entire Batesville Pioneers football team served as pallbearers at his funeral.

“The students were bonded together here,” Campbell, the principal, said. “They leaned on each other.”

Family meant everything to Rice, and she lived her life in a constant state of joy, her uncle Butch Rice said.

“Vibrant,” Butch Rice said, breaking into sobs. “Everybody — everybody — who knew her would say she was vibrant. Uplifting. Just pure sunshine. That was Codi.”

She loved children, animals and clothes.

“She was so stylish. She was all about what she wore,” he said. “God only knew what color of hair she’d have when she walked into the office of my company. We have a dress code, and I’d always tell her, ‘You’re out of code.’ She was definitely independent.”

When Simpkins’ little brother Boots Kennedy was about to turn 2, she bombarded her Pinterest account with birthday party ideas.

“I just can’t stress enough how much of a family-oriented person she was,” said Stacy Munford, a close family friend. “She was always making sure his parties were just right. She’d make all these little signs. She decorated his room. That was a big thing. She loved to make sure everything was a good show.”

Simpkins insisted on frequent family get-togethers and would do whatever she could to put a smile on someone’s face, Munford said.

“She was just very, very close to her family,” Munford said. “She loved people and her family. She just had the biggest heart and was always there if you needed her. She would bring you ice cream, quote song lyrics, anything just to put a smile on your face.”

The Cabot Panthers cheerleader was outgoing, selfless and funny, her fellow cheerleaders said.

“She was always just the craziest person I know. She wasn’t afraid to say anything that was on her mind,” said Micah Long, one of her best friends. “Sydney was the happiest person I know, so full of life. She tried her best to make someone else have a great day, even if hers wasn’t going so great.”

Accepting others just as they were and reaching out to those who were alone was important to Shumate, friend Taylor Parker said.

“She had this saying that she would repeat: ‘Be curious; not judgmental.’ She would tell us to always have an open mind, and don’t be afraid to try something new,” Parker said. “She wasn’t afraid. Ever. She was so adventurous.”

The Batesville Pioneers football player loved hunting, fishing and hanging out with his friends, his family said in his obituary.

Will Olson was a member of the St. Paul’s Episcopal Church in Batesville. He loved life and enjoyed making people laugh. His Facebook page lists his occupation as “Room cleaner at Olson Family House.”

The Pioneers teammates came together on the football field last Friday to honor Olson and Osborn.