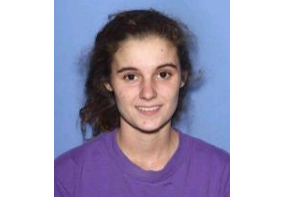 A body found Tuesday is believed to be that of a 23-year-old woman who went missing last month, Pine Bluff police said.

Detectives found the decomposed body of a white woman in a wooded area northeast of 38th Avenue and Ohio Street in Pine Bluff about 8:35 a.m., according to a statement. They searched the area after an anonymous tip was made.

Maranda Goldman of Pine Bluff was reported missing after she was last heard from about 4:30 p.m. Oct. 8 after leaving the Pine Bluff Goodwill at 2514 W. 28th Ave., the Arkansas Democrat-Gazette reported.

The body has been sent to the state Crime Laboratory for identification and to determine the cause of death, police said.

No sign of foul play was found when the body was located, according to authorities.