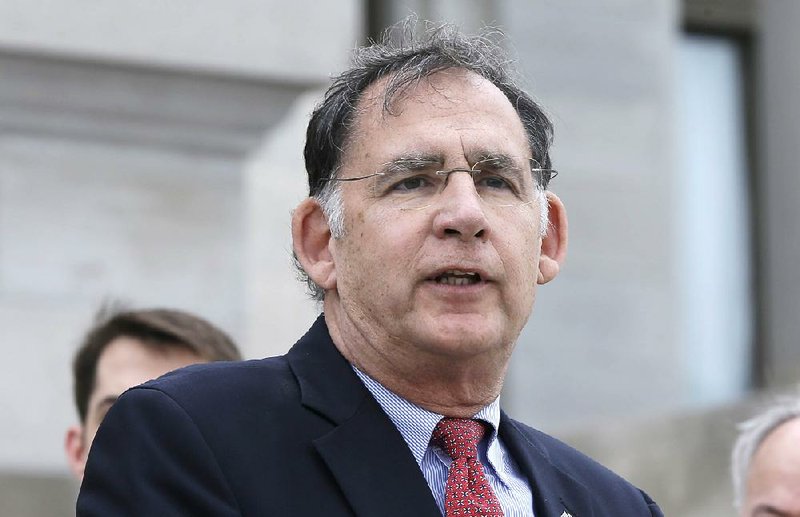 WASHINGTON -- All four members of Arkansas' House delegation backed legislation Thursday making it harder for aliens from Iraq or Syria to be admitted into the United States as refugees.

And U.S. Sen. John Boozman is predicting that the Senate will pass the same or similar legislation and send it to the president's desk.

All four representatives are Republicans, as is Boozman.

Thursday's House approval of the American SAFE Act was about "keeping our country safe," Westerman said, questioning the U.S. government's ability to do proper background checks in countries split by years of civil war.

"I think our foremost responsibility is to protect American citizens," he said.

Homeland Security officials "can't guarantee ... that there's no risk to these people coming into the country," Westerman said, adding, "I've not got a lot of confidence in the way the administration is addressing this."

The bill gained approval six days after last week's Paris terrorist attacks, and Westerman said new House Speaker Paul Ryan of Wisconsin deserved credit for making it a priority. "For Congress, it's breakneck speed to be able to pass a bill in less than a week in response to those attacks," he said.

The other three Arkansans in the House issued written statements expressing satisfaction with Thursday's vote.

"The safety and security of the American people is my top priority," Womack said, adding that he was proud to be a co-sponsor. "We must strengthen our vetting and security policies to stop President Obama from haphazardly admitting waves of Syrian refugees and ensure that individuals associated with terrorism cannot enter our nation and our communities."

Hill said Thursday's vote "gets the ball moving in the right direction, but it is missing needed provisions that will avoid this same pitfall down the road."

He faulted the legislation for only covering aliens from Iraq and Syria, when there are other nations harboring terrorists and others who wish America harm.

"America needs to remain a beacon of hope, liberty, and freedom for the rest of the world. However, in maintaining that promise, we also need to maintain our promise of defending the American people from the very real threats our enemies pose," Hill said in a written statement.

Under the bill he filed Thursday, the tougher vetting process would apply to "anyone seeking asylum in America from a country that is designated as a high-risk threat to the United States by the U.S. Department of State, in consultation with the Secretary of the U.S. Department of Homeland Security (DHS), the Federal Bureau of Investigation (FBI), and the Director of National Intelligence (DNI)."

Known as the Security Verification for Refugees Act, it's the second refugee-related bill introduced by a member of Arkansas' House delegation since the Paris terror attacks.

Earlier in the week, Crawford unveiled the Refugee Relocation Security Act, which would block the relocation of refugees from Syria and Iraq to the United States until Congress votes to lift the moratorium set in his bill.

That bill has been assigned to the House Judiciary Committee.

On Thursday, Crawford explained why he voted for the American SAFE Act.

"Since its inception, the United States has been a haven for immigrants and refugees from around the world, and I'm proud of that tradition. However, given the complexity of the current situation and global threats of terrorist attacks, I worry that some, under the guise of the refugee program, would come to our shores in a deliberate attempt to take advantage of our hospitality and do us harm," he said.

The debate now shifts to the Senate, and Boozman, a Republican from Rogers, said he expects widespread support.

"I think it will pass because the American people are very, very concerned, as is the average congressman, regarding making sure that we keep Americans safe," Boozman said. "A lot of people have just lost faith that the president is taking these things seriously enough. He underestimated ISIS and is really is being somewhat flippant in his answers regarding questions being posed concerning security."

"I support suspending refugee resettlement in the U.S. at least until we review the resettlement program's vetting process, which I believe is a responsible and reasonable action to ensure our safety here at home," Eldridge said in a written statement released Wednesday.

That same day, U.S. Sen. Tom Cotton, a Republican, called for a "temporary halt" to the program relocating Syrian refugees to the U.S., though he didn't take a stand on the American SAFE Act. "The vast majority of refugees are true victims of war, but we know that some of them are likely Islamic state terrorists; the Islamic State has said so. And until the Obama administration can reassure the American public and Congress they have effective vetting procedures in place, I think a temporary pause is called for."