Fall migration in swing for tarantulas in state 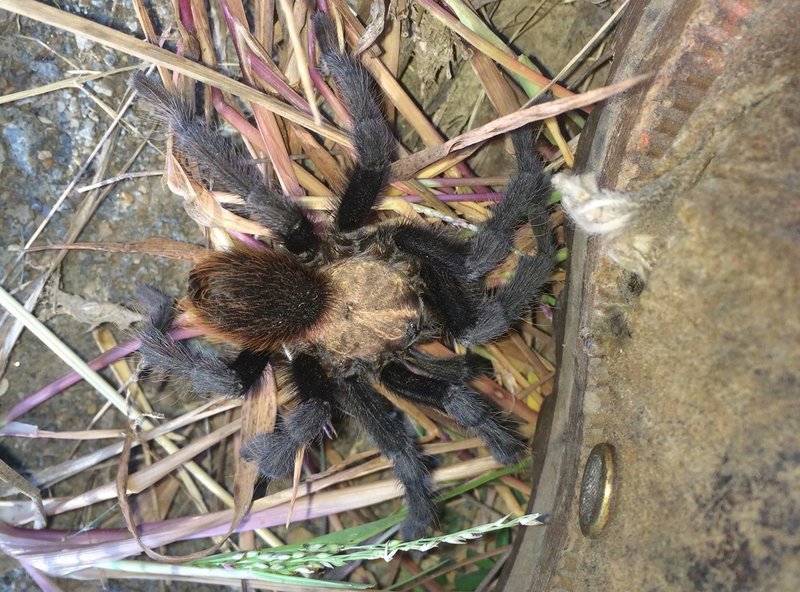 It's the time of year when tarantulas are most likely to be seen in Arkansas, but officials stress that the furry, eight-legged creatures generally aren't dangerous despite their somewhat frightful reputation.

Texas brown tarantulas, the only species found in the state, live in dry, upland areas like the Arkansas River Valley and the Ozark and Ouachita Mountains, said Kristen Bartlow, watchable wildlife coordinator with Arkansas Game and Fish Commission.

Male tarantulas typically leave their burrows to seek mates between August and November, so now is the time when they’re most likely to be seen, Bartlow said.

“Hollywood does not help the tarantula in portraying it [as] a positive encounter,” Curry said. "I've never had a negative encounter with a tarantula" in 30 plus years, he added.

Curry said tarantulas can also be found in west Pulaski County, and that they're frequently seen at Pinnacle Mountain State Park.

They have fangs and barbed hairs, but they’re generally harmless, Bartlow said.

Their venom isn’t life-threatening to humans, though one could develop complications if they happen to be allergic to tarantula venom.

“I've never been bitten” but a tarantula's bite is described as being as painful as a bee sting, Bartlow said.