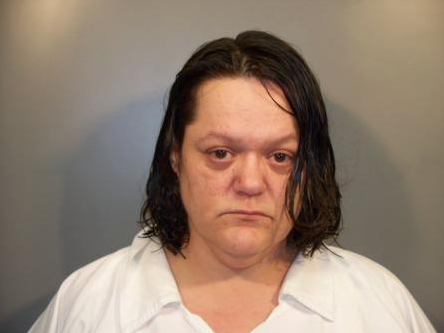 An admitted addict imprisoned since January 2014 for exposing her unborn child to methamphetamine saw her 20-year prison sentence voided after the Arkansas Supreme Court reversed and dismissed her conviction.

On Thursday, the court found that the statute used to prosecute Melissa McCann-Arms was misapplied and that the De Queen woman did not violate criminal law by using methamphetamine during her pregnancy.

Farah Diaz-Tello, the attorney who represented McCann-Arms during the appeal, said the ruling was a victory for McCann-Arms and other women who struggle with addiction while they are pregnant.

"We're thrilled," said Diaz-Tello, an attorney with the New York-based National Advocates for Pregnant Women. "I think they did the right thing."

Under Arkansas Code Annotated 5̶-̶1̶3̶-̶2̶1̶9̶(̶b̶)̶ 5-13-210(b)*, it is a crime to "administer or cause to be ingested, inhaled or otherwise introduced" a controlled substance into another person unless the drug has been prescribed.

Diaz-Tello argued that the law was intended to punish date rapists, not future mothers.

State attorneys had argued that although the statute makes no mention of fetuses, Arkansas' Constitution says state government "is to protect the life of every unborn child."

They also argued that there was no doubt that McCann-Arms was to blame for her infant testing positive for drugs just after being born.

On Thursday, Justice Jo Hart wrote that since the law made no mention of fetuses, McCann-Arms couldn't be convicted under that statute.

In addition, Hart wrote, arguments by the state that suggested the drugs could have been passed to the child through the umbilical cord upon its birth were made without evidence and would rely on "speculation or conjecture" from a jury for a conviction. In other words, the state offered no scientific proof or medical witness testimony that the child got the drugs through the umbilical cord.

"When a jury reaches its conclusion by resorting to speculation or conjecture, the verdict is not supported by substantial evidence, and we must reverse and dismiss the charges," Hart wrote. "The courts cannot, through construction of a statute, create a criminal offense that is not in express terms created by the Legislature. We do not have the authority to declare that an act is within the criminal laws of this state by implication."

Witnesses said McCann-Arms was in an "erratic" state when she reached the Mena Regional Health System to give birth in November 2012.

After the child was born, staff members told investigators that the baby showed signs of drug withdrawal. McCann-Arms admitted from her hospital bed that she had used meth several times during her pregnancy, including at a recent Halloween party.

Polk County Prosecuting Attorney Andy Riner charged McCann-Arms with the introduction of a controlled substance, a crime punishable by up to 40 years in prison.

McCann-Arms appealed. In January, the Arkansas Court of Appeals upheld her conviction, saying that "even assuming" the state's criminal statute doesn't apply to the unborn, McCann-Arms transferred traces of the drug to her child between the moment of birth and the cutting of the umbilical cord.

In a concurring opinion, Chief Justice Howard Brill wrote that for McCann-Arm's conviction to stand, the Legislature would have had to explicitly include "unborn child" in the definition of law under which McCann-Arms was charged.

"No one would dispute, for example, that the statute prohibits a parent from feeding a child marijuana-laced brownies," Brill wrote. "Likewise, no one would reasonably contend that a nursing mother suffering from nasal congestion who ingests a controlled substance such as ... pseudoephedrine should be prosecuted if the substance is transferred into her milk and absorbed by her infant."

Brill wrote that although Amendment 68 of the Arkansas Constitution declares the state's public policy as "to protect the life of every unborn child from conception until birth, to the extent permitted by the Federal Constitution," the amendment is not "self-executing" and relies on the General Assembly enacting laws.

"It is reasonable to infer that [McCann-Arms'] use of methamphetamine during her pregnancy offends the public policy of this state," he wrote. But Amendment 68 "does not provide any means to effectuate the policy," he wrote. "Balancing of legitimate policies is to be made by the legislature, and not by this court."

Brill noted that those supporting McCann-Arms' appeal -- including social scientists, health experts and women's-rights activists -- feared that a guilty conviction in her case would set a precedent that might deter other addicted women from seeking medical services while they are pregnancy.

In this year's legislative session, state Rep. Nate Bell, I-Mena, attempted to pass legislation that would expressly criminalize drug use during pregnancies.

Diaz-Tello said Thursday's ruling offers two other women convicted of the same crime out of Polk County -- Jessica Fox and Amy Robertson -- hope of getting their 20-year sentences overturned.

"The Legislature has had ample opportunities to consider this issue and has declined to make a law that criminalizes women for giving birth after using a controlled substance," Diaz-Tello said. "This ruling should give [other women] grounds for postconviction relief because this ruling acknowledges that the law was not intended to be used that way. What they did was not a crime."

*CORRECTION: Arkansas Code Annotated 5-13-210(b) was the statute used to prosecute a woman convicted of exposing her unborn child to illegal drugs. The wrong statute number was given in this article.