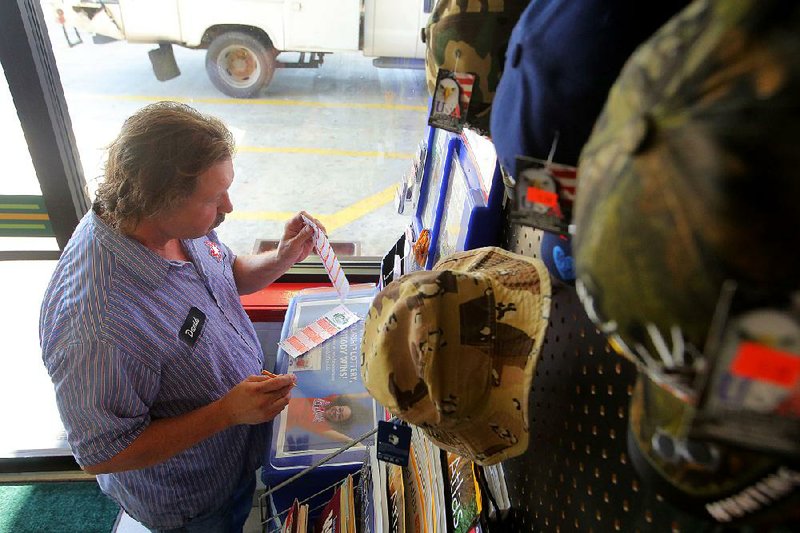 The Arkansas Scholarship Lottery had its strongest September since 2011, collecting more ticket revenue and raising more scholarship money last month than in each of the previous three Septembers.

September's lottery revenue increased from $30.7 million last year to $38.1 million this year, while the amount raised for college scholarships increased from $4.3 million to $6.6 million, according to the lottery's monthly reports filed with the Legislature's lottery oversight committee.

The lottery's overall revenue and net proceeds have declined each of the past three fiscal years, after peaking in fiscal 2012.

The lottery has helped finance more than 30,000 Arkansas Academic Challenge Scholarships during each of the past six years. The Legislature has cut the size of the scholarships for future recipients three times, after proceeds fell short of initial projections.

Woosley said revenue and proceeds climbed because "we had a large [$300,000-plus] Natural State Jackpot run and a $300 million Powerball jackpot."

In addition, scratch-off ticket sales "continued the growth trends that we have seen over the past 15 months," Woosley said in a written statement.

Sales of the new $20 scratch-off tickets "were better than expected and our older games continued to sell well," he said.

The state has seen a spike in sales and use tax collections in recent months and Woosley said it's "entirely possible" that the lottery is also benefiting from the higher consumer spending.

Plus, "any time you have lower gas prices that is helpful to our sales," he said.

The lottery has been operating in the state Department of Finance and Administration since late February after the Legislature and Gov. Asa Hutchinson enacted legislation axing the nine-member lottery commission and moving the lottery into the finance department.

The increased sales and net proceeds come as the Legislature's lottery oversight committee is scheduled to consider a proposed lottery consultant contract with Camelot Global Services on Thursday.

The proposed contract would run through at least June 30, 2020.

The firm, which has offices in Philadelphia and London, would be paid base compensation of $650,000 in the fiscal year ending June 30 and up to that amount in subsequent years. It also would be reimbursed for up to $100,000 in mutually agreed upon expenses each year.

The proposed agreement defines "adjusted operating income" as operating income before charging any expenses relating to services provided by the state Department of Higher Education, Arkansas Legislative Audit (formerly the Legislative Audit Division), legal and professional services and depreciation. Adjusted operating income measures the performance of the lottery without consideration of expenses that are deemed beyond the lottery's control, said Jake Bleed, a spokesman for the state Department of Finance and Administration.

The proposal also would allow for two additional one-year extension periods beyond the June 30, 2020, expiration date.

The proposed pact says Camelot will help the lottery renegotiate contracts with vendors and the savings will be used to help pay for Camelot's services.

Woosley acknowledged Monday that "we are negotiating with [Georgia-based lottery vendor] Scientific Games for a change to their contract.

"It's been going on since April of last year. It will probably be finalized before [Thursday's] meeting," he said.

In January, Woosley estimated that the lottery's three-year extension to Intralot's seven-year contract from 2009 would save nearly $5 million, compared with the former contract's rates.