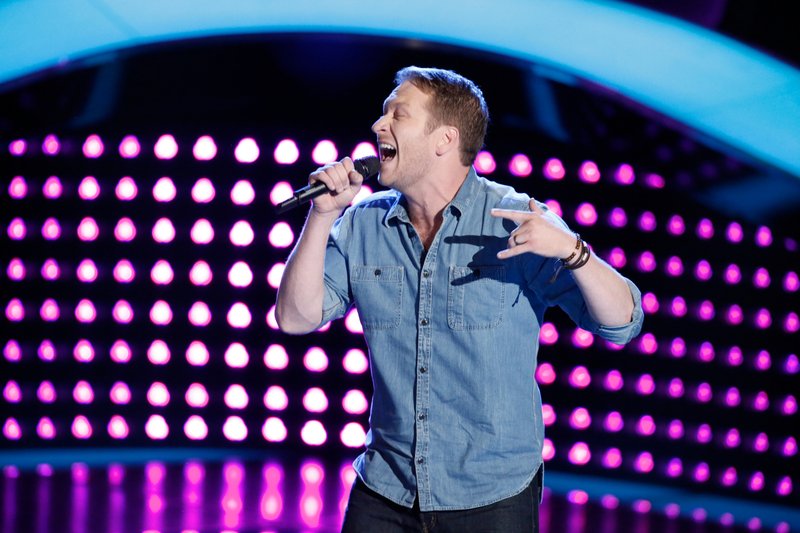 Marion native Barrett Baber has a few song ideas in mind as he advances to the next round of the NBC singing competition The Voice.

Baber said he can't reveal the song he will perform when he returns for the knockout round, though he said "it's going to be fun."

In a prerecorded episode that aired Monday night, Baber sang a duet of Marc Cohn's "Walking in Memphis" with competitor Dustin Christensen in a performance to determine who would move on to sing again.

Baber said that he never viewed their battle as a competition, adding that the two became best friends early on in the show.

"Heading into finals, that's when we really became closer," Baber said. "Right away, we both just put to bed any ideas that this is a battle or that we are working against one another."

The judges praised both performers, but country singer Blake Shelton ultimately selected Baber, who he said has "incredible vocals" and is "just a special guy to be around."

"It's a hard thing to put your finger on," Shelton told Baber. "You just have that thing that nobody can explain but clearly we all like it."

The duet at one point Tuesday was the top-seller on the iTunes rock download charts.*

A loss didn't keep Christensen from moving on in the singing competition. He remains on the show after a coaches' steal Monday left him choosing Adam Levine as his new coach.

In a clip that aired on the show, Baber said his success on The Voice cements "why I'll never stop chasing what I'm doing."

"I'll never stop believing in myself," he said. "This is why I run out to the stage and attack every performance with such energy and fervor."

Baber said he spent Monday night watching The Voice with family and friends in Fayetteville.

"It's a lot like Christmas morning," he said of getting to see the suspense as those close to him awaited the results of the battle. "It's like a present that's all wrapped up, and you're excited to see them open it."

After Monday's battle round, Baber will go on to sing against another contestant in the knockout round, in which he and the other musician will each perform a song of their choice.

*CORRECTION: An earlier version of this story incorrectly described the chart where Barrett Baber and Dustin Christensen's cover of "Walking in Memphis" rose to the top spot. It was the iTunes rock chart.