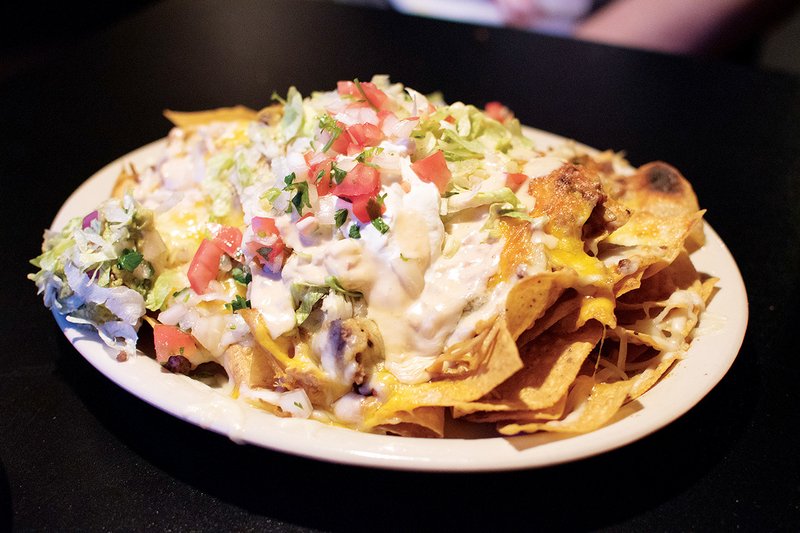 “Oh, wow. It’s just about everything on the menu,” said our waitress when asked what had changed at Juanita’s Cafe and Bar. That’s true of more than just the food. There was a time when you could have made a convincing argument that Juanita’s was the cultural hub of Little Rock. Its location in the SoMa neighborhood hummed along through the ’90s and the start of the century, churning out solid, accessible Tex-Mex while serving up a number of memorable live acts.

Then came the move to the River Market District, which saw business decline and changes in leadership. This summer, Juanita’s passed to new owners who promised a reinvigorated menu and a new focus. Sadly, the new menu lacks both expertise and direction, rendering Juanita’s one of the least-capable Tex-Mex options.

The space that Juanita’s occupies actually has quite a bit of promise. Exposed wood beams stretch across the dining room, giving the restaurant a rustic touch. Sadly, the brownish-beige walls are mostly unadorned, and the result is a feeling that Juanita’s never fully moved in. Even more roughshod is the “private” dining area, which is nothing more than thin muslin curtains stretched across temporary stanchions. It just looks half-finished. I understand the desire for a separate dining space, but when combined with the overall lack of decor, it just comes across as an afterthought.

The only thing I saw on the menu that I knew had not changed was the Blue Mesa cheese dip. Fortunately, the new ownership had the sense to keep this Arkansas classic intact, and it’s every bit as good as I remember it. And that’s where all positive reaction to the food ends, because everything else I tasted was poorly conceptualized or poorly executed (or both, in some cases).

The traditional free salsa that starts the meal had a rich red color but tasted like tomato water, lacking any kind of seasoning that would give it a boost. Our entrees only fared marginally better. The most bizarre item we tried was the “Enchiladas Laredo,” which the menu describes as “stacked.” If Juanita’s just called it “Mexican lasagna,” we wouldn’t have been so confused. Corn tortillas serve as the noodles in this hodgepodge of a dish layered with cheese, chorizo and red sauce. It even tasted like lasagna, adding to the weirdness. And this was actually the most successful dish we tried. Things got much worse with the brisket barbacoa, a single slice of chewy beef with a too-sweet barbecue sauce haphazardly slapped on it. It didn’t help that the pinto beans lacked any flavor, and the rice was crunchy and undercooked. For $15, this is practically an insult; even if the brisket were perfect, it would be too expensive.

You’ll rarely see me reference other restaurants in a review, but I was stunned by how closely my friend’s grilled chimichanga resembled a Taco Bell grilled stuffed burrito. The texture, flavor and size were a dead ringer. Don’t get me wrong, I’m not above the occasional fourth meal myself. I just don’t expect to pay $10 for it. The house

tamale continued the infuriating trend of unoriginal takes on Tex-Mex, with two dry, overcooked tamales buried under a mountain of melted cheese. But by far the worst dish we tried was the Big Dam nacho, a gargantuan pile of tortilla chips turned to mush under every imaginable ingredient a Tex-Mex kitchen could stock. Almost none of the chips stayed crispy, and the soggy, unfocused disaster made my stomach churn. Even with four of us at the table, it barely got touched. This one is going down as one of the worst bites I’ve eaten this year.

For more on the plates we tasted, check out The Dish.

This is the most depressed I’ve been at a restaurant in years. Juanita’s Cafe and Bar was once good. It was a fun, lively restaurant that knew its limits and performed well within them. But that’s all in the past. What remains is an amateurish, bumbling attempt at rekindling the fire without the necessary wisdom and passion to actually make sparks fly. And when you consider the high prices and the plethora of cheaper, solid Tex-Mex options in Little Rock, there’s no real reason you should give Juanita’s a second thought.

At least the meal started positively. Yeah, it’s just cheese dip, but it’s a very good recipe that has been around for almost 30 years now. Seasoned well, with notes of fresh dairy and pepper, it’s the only thing I tasted that felt considered and measured. (ss)

It’s not an enchilada, which is going to confuse the guests who order it. The layers of corn tortillas, meat, cheese and red sauce are decent, but everything ends up tasting like lasagna. And it looks like lasagna. So call it lasagna. (ss)

How Juanita’s can justify charging this price for a single piece of undercooked brisket is beyond me. The tough meat, the bland beans, the chewy rice — all of it left me feeling ripped off and still hungry. It didn’t help that the presentation of the plate was worse than some line-order cafeteria plates I’ve seen. (ss)

It’s hard to imagine nachos being much worse than this. It tasted as though the nachos were topped, then warmed up for 15 minutes to make the chips limp and lifeless. The mass of ingredients becomes the culinary equivalent of a dog pile in this thoughtless, off-putting mess. (ss)

Perhaps now better known for its live music, Juanita’s Cafe and Bar keeps the same Tex-Mex style it has for decades, though its presentation of classic dishes leaves a lot to be desired.