Tyson Foods increasing worker pay at 51 of its chicken plants 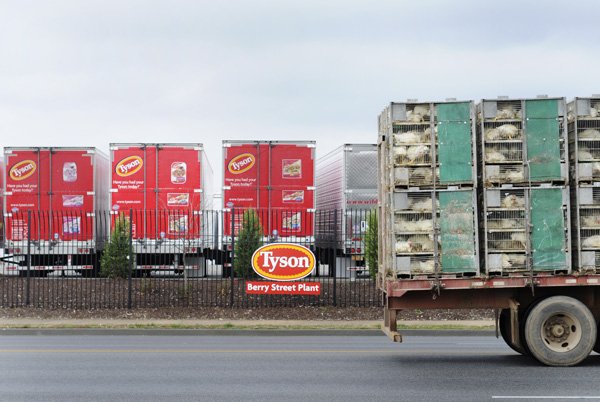 Tyson Foods Inc. of Springdale said Friday that it will increase the hourly wage at most of its U.S. chicken plants for employees in production, maintenance and refrigeration, effective Nov. 1.

Production employees who stay with Tyson for more than a year will see an average hourly pay of more than $12 an hour. Top pay for the position exceeds $16 an hour, the company said.

Tyson said maintenance and refrigeration workers at 51 plants will experience pay increases of "varying amounts," with top pay in maintenance being $23 an hour and some refrigeration jobs offering $26 an hour.

Noel White, president of the Tyson Foods poultry business, said the increases in pay allow the the company to "remain competitive in labor markets where we operate and to retain the quality team members we need to keep running successfully."