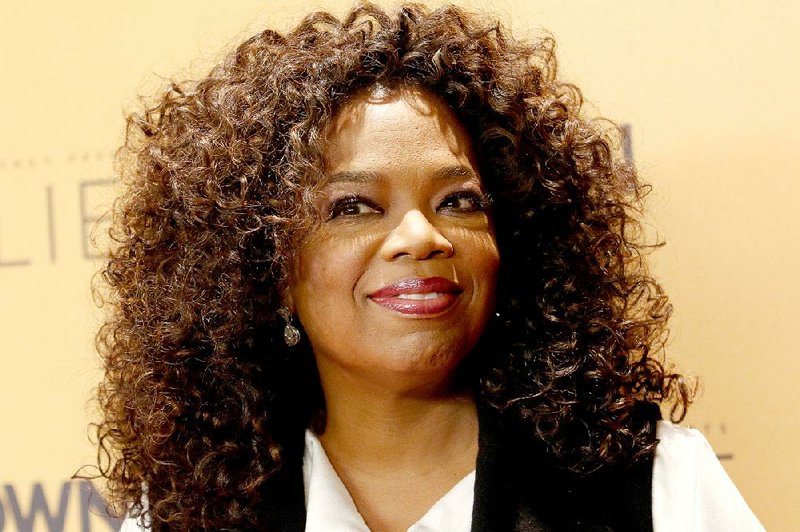 Oprah Winfrey is shown in this file photo.

It will take a lot more than the Oprah Winfrey effect to revive Weight Watchers.

Shares of Weight Watchers International Inc. more than doubled last week after Winfrey pledged to take a 10 percent stake and join its board, but the media magnate is hitching her fortunes to a debt-laden company that's been shedding customers for years.

Weight Watchers carries a heavy burden: $2.2 billion of obligations. Its net leverage ratio, a measure of how much debt it has relative to earnings, doubled in the five years through 2014 to about 6.4 times. While it's bringing in one of the world's most trusted celebrities, that may not be enough to revive a weight-loss company that's been struggling to lure customers who can avail themselves of free online options to reach their goals.

"The landscape for weight management has changed -- there's more competition from calorie-counting apps and fitness trackers," said R.J. Hottovy, an analyst at Morningstar Inc. in Chicago. While the company says Winfrey will help steer its offerings toward a more holistic approach, "it's not clear how you integrate health and wellness into the overall platform," he said.

Yet that's exactly what Weight Watchers needs to do, said Marlene Morris Towns, a teaching professor of marketing at Georgetown University. The brand is outdated, she said, and it may even behoove the company to start a new one rather than proceed with an identity that is more evocative of the last century. Weight Watchers, which offers a line of licensed food products and weight-loss services, also should focus on natural ingredients and transparent labeling that consumers are seeking, she said.

The 52-year-old company grew out of the gatherings started by self-described "overweight housewife" Jean Nidetch to discuss dieting strategies. She died in April at 91.

Weight Watchers is under strain in the debt markets, with a $2.05 billion loan trading at lower levels than nearly every other one that's larger than $1 billion with similar ratings and maturities, according to data compiled by Bloomberg. Only a second-lien obligation of oil and gas producer Fieldwood Energy LLC struggling with collapsed commodity prices is quoted lower by traders, the data show.

The weight-control company is running out of time before it must either try to refinance or pay off what remains on a smaller loan before the debt matures in early April. While Weight Watchers retired about half of what was a $300 million obligation with cash payments through June, it still owes $143.6 million.

Chief Financial Officer Nicholas Hotchkin said on a February conference call with analysts and again in May that the company would seek to pay down the loan with cash, according to transcripts of the calls. He said the company would do that without borrowing on a $50 million short-term revolving loan.

"We are in the process of a multiyear transformation that includes reimagining our core offering," Chief Executive Officer Jim Chambers said in a statement. "Our plans were in place to launch later this year a comprehensive program innovation as we expand our purpose from weight loss alone to more broadly helping people lead healthier, happier lives. This partnership with Oprah Winfrey is not in place of, but rather is a force in accelerating, the transformation that is already underway."

Winfrey's announcement of a stake in the New York-based company sent its shares up 105 percent on Monday and an additional 31 percent on Tuesday. The shares fell off Wednesday and Thursday in trading on the New York Stock Exchange, losing about 6 percent in total over both days. Before the announcement, the shares had fallen 73 percent this year. NutriSystem Inc., which sells meal plans for weight loss, gained 6.1 percent in the same period.

Customers can identify with Winfrey's own struggle to lose weight, Gary Foster, chief scientific officer, said in a statement.

"She's a great representative for the brand because she speaks honestly about her own experiences that are based in reality rather than perfection," he said.

Towns, the Georgetown professor, said she wasn't so sure Winfrey would be an effective endorser, despite the strength of her brand.

"I don't think she's a good poster person for weight loss," she said. "She's definitely an expert on weight loss, but she yo-yos."