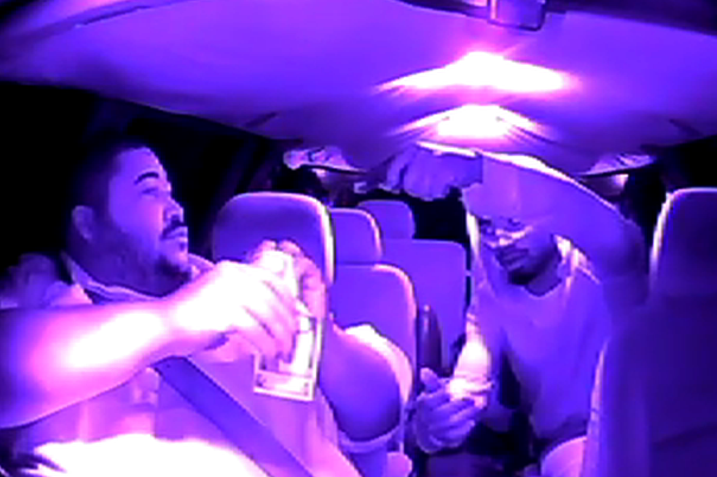 This still from a video released by Conway Yellow Cab shows a passenger robbing a driver at gunpoint.

Police are searching for a man who robbed a Conway cab driver at gunpoint after catching a ride this weekend.

Andrew Lewey, the owner of Conway Yellow Cab, said the robbery took place around 4 a.m. Saturday. The man was picked up at Rock Creek Apartments on Monroe Street and dropped off around the back of the Stone Ridge at Conway apartment complex.

Video recorded inside the cab shows the rider borrow the cab driver's cell phone and then leave while the driver waits.

When the driver took out the cash, the man pulled out a gun and said "give it to me, put it here."

"He was shook up pretty well," Lewey said of the driver, who was near the end of his shift when the robbery happened.

The driver has not been with the company long and did not recognize the gunman, who took between $150 and $200 in all, Lewey said.

A spokesman for the Conway Police Department said the agency is trying to identify the robber from the video. 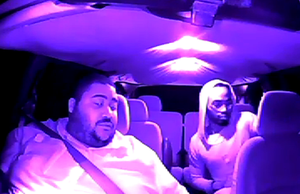 This still from a video released by Conway Yellow Cab shows at right a passenger who later robbed the driver at gunpoint.
ADVERTISEMENT