Board: Nuptials ruling is proper 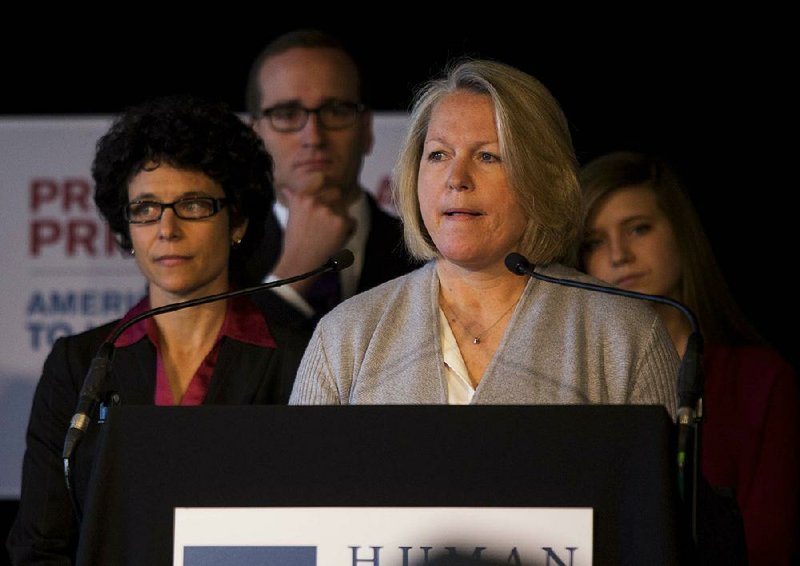 The Arkansas Supreme Court justices accused of intentionally delaying a ruling in the challenge to the state's gay-marriage case have been cleared of any wrongdoing by a disciplinary board. 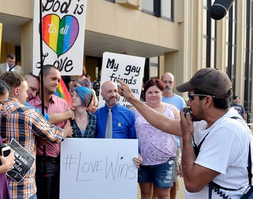 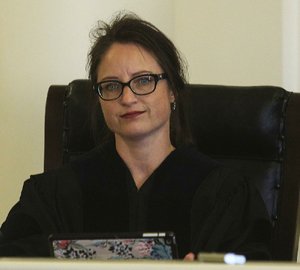 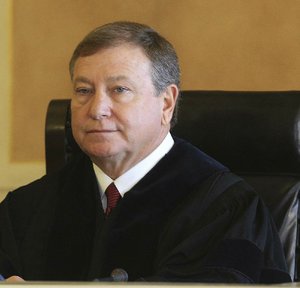 In letters sent Wednesday from the Arkansas Judicial Discipline and Disability Commission, the group's director, David Sachar, told the four justices that the two complaints filed against them had been dismissed.

The complaints followed two public letters of recusal in April in a case related to the gay-marriage challenge in which former Chief Justice Jim Hannah and current Justice Paul Danielson accused others on the court of manufacturing a delay in a case that had been idling under review for several months.

Ultimately, the court didn't rule on the case and the state's ban on gay marriage was struck down in late June when the U.S. Supreme Court ruled that such bans are unconstitutional.

"The lack of information to the public, the absence of written internal rules of the Court and the nature of this case contributed to suspicion about the reason for the Court not rendering a decision," Sachar wrote. "Nevertheless, suspicion does not equal proof and this investigation concluded with no proof of wrongdoing on the part of the Justices named in the complaint."

The commission's investigation involved a review of pleadings, letters and witness statements as well as interviews with at least six justices, including the four named in the complaints.

On Wednesday, one of those justices, Karen Baker, released a statement:

"I was pleased to be notified today by the Judicial Discipline and Disability Commission that after a diligent and extensive investigation of the complaints that were filed based on the accusations contained in the recusal letters of [Hannah and Danielson] in the same sex marriage case, that the allegations leading to the investigation have proven to be groundless."

The woman who filed one of the complaints with Sachar's group, gay-rights activist Tippi McCullough, was unhappy with the commission's decision.

In May 2014, a group of gay couples, represented by attorneys Jack Wagoner and Cheryl Maples, won the challenge to the state's ban when Pulaski County Circuit Judge Chris Piazza ruled that the ban violated parts of the state and federal constitutions.

The case was appealed to the state Supreme Court later that month.

One of the seven justices, Cliff Hoofman, recused himself not long before a complaint was filed accusing him of discussing the case with an opponent of gay marriage, Republican state Sen. Jason Rapert of Bigelow.

In November, Sachar's group cleared Hoofman of any wrongdoing and said his recusal was enough to allay any appearance of impropriety.

So Gov. Mike Beebe appointed Robert McCorkindale, a retired Boone County circuit judge, to serve as a special judge and hear the case instead.

The court agreed to expedite the challenge and on Nov. 20, heard oral arguments but never issued a ruling.

At the start of 2015, Hoofman's term on the court ended, and newly elected Justice Rhonda Wood succeeded him. Justice Robin Wynne also joined the high court and replaced Donald Corbin, who retired.

With Hoofman out, it was unclear whether McCorkindale or Wood would help decide the case -- also known as CV-14-427.

On Jan. 23, newly elected Republican Attorney General Leslie Rutledge asked the high court for another round of oral arguments in the gay-marriage case so the new justices could participate. Attorneys representing gay couples objected, raising the question of which court -- last year's or this year's -- should decide the gay-marriage case.

On April 2, the high court created a severed case -- CV-15-227 -- to determine which of the two courts should issue the ruling on the gay-marriage case.

But on April 8, Hannah and Danielson said they wouldn't help decide CV-15-227, claiming that the new case had been created as a delaying tactic, so that the court wouldn't have to rule straightaway on gay marriage.

"I cannot be complicit in machinations which have the effect of depriving justice to any party before this court," Danielson wrote.

Some supporters of gay marriage argued that the court was simply stalling, avoiding issuing an opinion on a contentious topic.

On April 9, McCullough filed her complaint, citing accusations made by the recused justices.

"Obfuscation and foot-dragging in the marriage case," McCullough wrote, "[shows that] at least some of them have engaged in 'machinations' to delay or avoid making a decision in [the gay-marriage challenge]. The U.S. Supreme Court is widely expected to rule with finality on the central issues ... which would take the Arkansas justices off the hook on a highly politicized issue."

McCullough added: "It behooves the Commission to use its powers to examine exactly what happened in each phase of the case and particularly whether there was collusion or the appearance of collusion in the opinion-writing delays."

But the delays, Sachar noted Wednesday, were not caused by "bias, prejudice or fear of public clamor" but by the "unwritten 'customs and practices'" of the court.

In letters to justices Courtney Goodson, Baker, Jo Hart and Wynne, Sachar noted that the customs and practices of the court -- which are "not available to the public in written form or even anecdotally in case law" -- allowed time for the author of the majority opinion to write an opinion after the Nov. 20 oral arguments.

The letter does not reveal which justice wrote the majority opinion that was never released nor its contents.

It doesn't reveal the judge responsible for writing the minority opinion, nor does it say how the 2014 court would've voted.

And it doesn't say how long each author took to complete his work, simply noting that on Dec. 31, the terms of two of the justices ran out.

"The investigation initiated by these complaints did not reveal evidence of judicial misconduct, wrong doing or incapacity," Sachar wrote. "You are hereby notified that the allegations leading to the investigation have proven to be groundless."

Wynne and Hart did not return calls for comment Wednesday.

George Shelton, a friend of Goodson's and acting spokesman, said Goodson-- who has announced that she is running to be the state's next chief justice -- had no comment on the matter.

McCullough said she is glad the justices had to explain their actions, even if the commission eventually exonerated them.

"I hope the attention has shown them that people here in Arkansas expect them to to do their job and are going to hold them accountable," she said. "I still feel there was an injustice that was done."