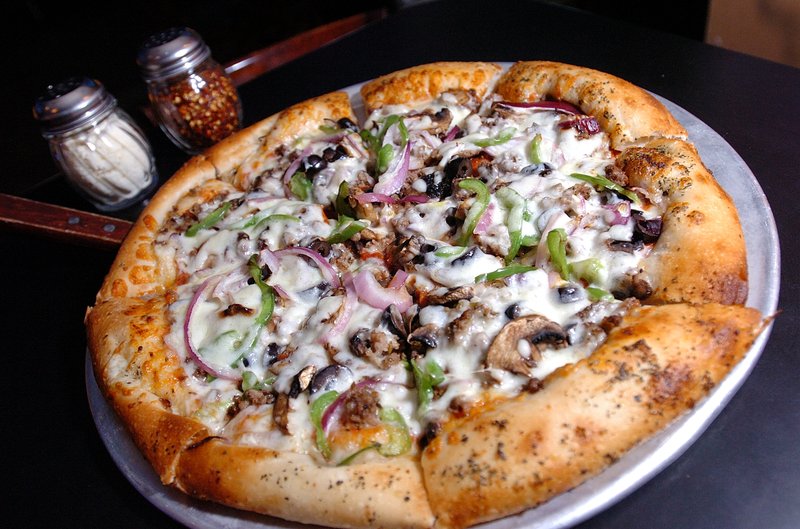 Damgoode Pies' Chief Operating Officer Roddy Crawford says there's now an Oct. 5 target date for the reopening of the original Hillcrest location, 2701 Kavanaugh Blvd., Little Rock, which has been undergoing renovations for several months. Owner Jeff Trine told our colleagues at Sync a couple of weeks ago that the building "was in pretty rough shape." Among the holdups was the need to replace most of the electrical system and all of the windows and the decision to replace the upstairs "beer closet" with a bar and keg cooler, which will allow the bringing in of kegs of its own beer line from the new River Market brewpub. The phone number for all the Little Rock Damgoode locations -- the one on Kavanaugh plus 6706 Cantrell Road, 10720 Rodney Parham Road (take-out and delivery only) and 500 President Clinton Ave. -- is (501) 664-2239; the website, which as of Tuesday still said the Kavanaugh site is "still on track to open in mid- to late August" (a spokesman for the mini-chain promised somebody in the office would take a look at that), is damgoodepies.com.

The target opening date for La Terraza Rum and Lounge, in the former Acadia space at 3000 Kavanaugh Blvd., Little Rock -- or at least the target for a soft-opening participation in Hillcrest's First Thursday event -- is Oct. 1. They're also planning to announce their grand opening on that occasion. Venezuelan couple Carlos Valdivieso and Ana Lara, co-owners with Armando and Sarah Bolanos, their son and daughter-in-law, respectively, are essentially transplanting the restaurant they've been operating for 20 years in Caracas to Little Rock. Sarah Bolanos says the lunch menu will be primarily sandwich-based, including arepas, a stuffed corn-flour pocket sandwich (similar, we're told, to the Mexican gordita and the Central American pupusa), and Reina Pepiada, an arepa with shredded chicken, avocado and a housemade mayonnaise/mustard blend. On the Latin American-Mediterranean dinner menu you'll find, among the authentic dishes made with plantains and yucca, Pabellon Criollo, shredded beef and black beans over rice that has been called the national dish of Venezuela, and Cachapa, cornmeal pancakes folded around queso fresco. There will also be some Italian-style items, including a lasagna with Italian sausage and bechamel and meat sauces, and "some Spanish influence," up to and including paella. The drink menu will include a lot of rum-based drinks (mojitos, Cuba libres). Tentative hours for the kitchen will be 11 a.m.-10 p.m. with the lounge staying open (and probably serving some late-night tapas-type items) until legally mandated closing time (2 a.m. most nights, 1 a.m. Saturdays), contingent on demand. They may or may not be closed on Mondays. No phone number yet.

The watch continues for the reopening of Jerky's Spicy Chicken and More in its new location, 521 Center St., Little Rock. As of Tuesday's deadline, there were still no updates on a date by phone (501) 246-3096, "Jerkys Jamerican" Facebook page or website. We'll continue to monitor.

And as the first anniversary approaches of our October 2014 report on the supposed return of legendary Little Rock barbecue outlet The Shack at 402 E. Third St. in Little Rock's River Market District, while we'd love to be able to provide an update, we can't. The phone number, (501) 404-2020, still returns the identical voicemail message it did last fall, saying they'll be "opening soon" and to keep checking back for updates -- which, by the way, we have been doing each and every week since. The windows are covered with brown paper and the door is locked (we check that every week, too) and there is yet no sign of a sign. Moreover, the website, theshackisback.com, still bears, unchanged since May 13, 2014, the notice "The Shack BBQ Opening Soon in the River Market District," with the promise, "Stay tuned for grand opening details." Our response to all inquiries on this subject, as it has been for nearly 12 months: "Please rest assured, restive folks, that the moment we get any new word whatsoever, we'll keep you posted."

The American Heart Association will hold its 12th annual Festival of Wines, 6-8:30 p.m. Oct. 1 at Dickey-Stephens Park, 400 W. Broadway, North Little Rock. Billed as the state's largest wine festival, it features hundreds of wines from around the world and hors d'oeuvres from area restaurants. The "patio party" encompasses the entire Dickey-Stephens concourse and features silent and premier auctions, entertainment and a local artist painting during the festival. Presenter is CHI St. Vincent; sponsors are TRG Foundation, radio station KLAL-FM, 107.7 (Alice 107.7) and KATV, Channel 7; wine sponsors are Moon and Central distributors. Tickets are $60 in advance, $75 at the door/day of the event. Visit heart.org/festivalofwines.

The Downtown Little Rock Partnership organizers say a record 44 of ’em are now registered for the fifth annual Main Street Food Truck Festival, 11 a.m.-4 p.m. Oct. 3 along Little Rock’s Main Street between Third and Eighth streets. For more information, or to sign up to be a volunteer, busker or street vendor, call (501) 375-0121 or visit mainstreetfoodtrucks.com. 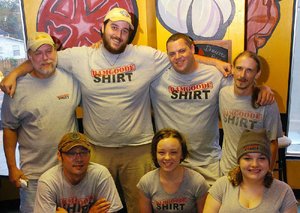 Photo by Democrat-Gazette file photo
Damgoode Pies owner Jeff Trine (back row, second from left) is shown with staff members in the upstairs dining room of the Kavanaugh Boulevard original location. There’s an Oct. 5 target date to reopen the restaurant after extensive renovations.