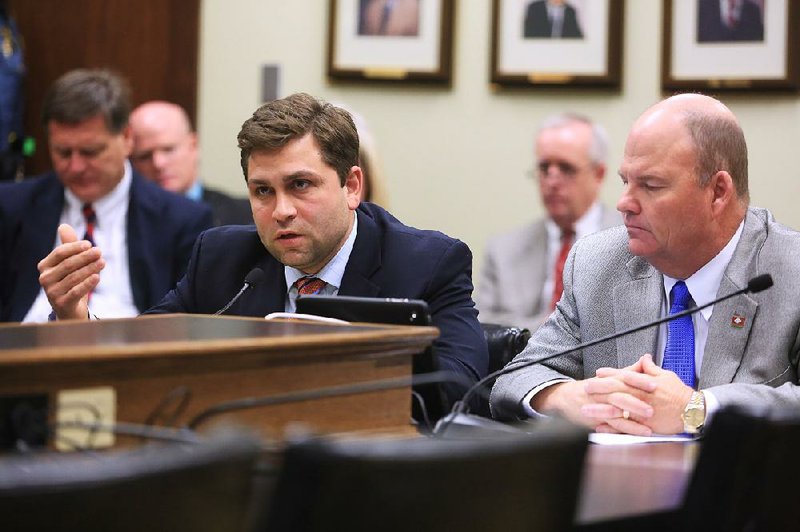 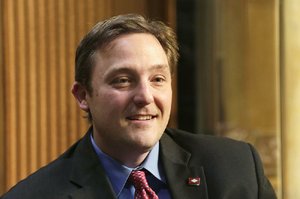 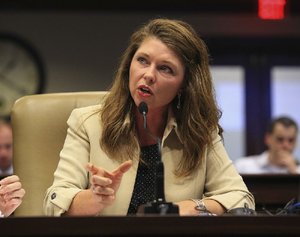 Although the governor, a Republican, has yet to issue his formal call for the special session, the House and Senate will convene at 10 a.m. in the state Capitol, Hutchinson spokesman J.R. Davis said.

"The formal call will be issued most likely next Tuesday," Davis said Friday, because "technical edits are still being made on the legislation."

The agenda will include a bill calling for the state to hire managed-care companies to provide care for the developmentally disabled and the mentally ill, as well as a bill to make changes in the state's expanded Medicaid program, the private option, through an initiative called Arkansas Works, the governor said Wednesday.

Hutchinson said he has no plans to offer for consideration a plan supported by some legislators aimed at curbing the growth in state Medicaid spending without hiring managed-care companies. Nonetheless, proponents of that plan, known as Diamond Care, said they'll try to present their proposal.

"Right now, we believe that we can fit the Diamond Care bill within the governor's call," said Rep. Michelle Gray, R-Melbourne. "Obviously, we'll have to wait until he releases his proclamation. We intend to file our bill as normal and we proceed through the process as normal."

She is among the Diamond Care proponents with ties to the health care industry. She is chief financial officer for her husband's family-practice clinic in Melbourne. Her husband, Adam, is medical director for a nursing home and for a company that provides services to children with disabilities, according to the clinic's website.

Under Article 6 of the state constitution, legislators during a special session can consider only the matters included in the governor's proclamation. However, by a two-thirds vote of both chambers, they can remain in session for up to 15 days to consider other issues after taking action on the matters in the proclamation.

Under Hutchinson's managed-care plan, the state would pay managed-care companies to provide benefits for the developmentally disabled and mentally ill. The Diamond Care plan calls for the state to hire companies to help reduce the cost of caring for those populations while continuing to pay providers directly.

The Stephen Group, a consulting firm, has estimated that Hutchinson's plan would reduce the growth of Medicaid spending by $1.4 billion over five years, while the Diamond Care plan would save $1 billion.

Savings generated through managed care will help pay the state's share of the cost of the expanded Medicaid program, Hutchinson has said. That share will start at 5 percent of the cost next year and reach a maximum of 10 percent in 2020. The federal government pays the remainder.

The expansion of the Medicaid program, which took effect in 2014, extended coverage to adults with incomes of up to 138 percent of the federal poverty level: $16,394 for an individual, for instance, or $33,534 for a family of four.

Dismang said the managed-care bill probably will be sent to the Senate Public Health, Welfare and Labor Committee, headed by Sen. Cecile Bledsoe, R-Rogers, and the private-option legislation to the Senate Insurance and Commerce Committee, led by Sen. Jason Rapert, R-Bigelow. These decisions will be up to Senate chief legal counsel Steve Cook to decide "after he has a chance to review the bills," Dismang said.

Gillam said the managed-care bill likely will be sent to the House Public Health, Welfare and Labor Committee, headed by Rep. Kelley Linck, R-Mountain Home, and the Arkansas Works' bill to the House Insurance and Commerce Committee, whose chairman is Collins.

Asked whether Hutchinson has more than half of the House and Senate lined up to pass his managed-care bill, Davis said that there has been "a very positive response" so far.

"But the Legislature will need to review new changes before an accurate vote count can be finalized," Davis.

Dismang said he supports Hutchinson's managed-care bill in part based on his conversations with the Department of Human Services director, Cindy Gillespie.

"We are an unsustainable path with our traditional Medicaid program, and we are going to have to make changes and I think this is the right path forward to do that," Dismang said.

"I am supportive of us trying to find the savings, but I want to actually see the final versions to make sure that I know I am comfortable with what I am voting for my district," he said.

As for the Diamond Care plan, Dismang said that "there is a lot of uncertainties, at least of what I have seen so far.

"It has not been proven or tested at this kind of level in any other state," Dismang said.

But Gray said "we feel very confident that we could get [the Diamond Care plan] passed" in the House and Senate.

"It is the perfect balance between fiscal responsibility and our responsibility to take care of the beneficiaries. We felt like if we were to try and increase the cuts and savings too much more, we would very much inversely affect the outcomes of our patients," she said.

Davis said the governor has sufficient votes to pass the bill overhauling the private option in the House and the Senate. A majority vote is required for approval in both chambers.

Dismang said there is enough support in the 35-member Senate for the Arkansas Works measure to clear the chamber.

"There seems to be a fair amount of support that I think would translate into passage [in the House] for Arkansas Works," Gillam said.

Hutchinson's managed-care bill is the best option because "the Medicaid Reform Act is the most realistic plan for the state," Davis said. "It saves Arkansas nearly $500 million more over five years and addresses the developmentally disabled wait list by allowing the governor to cut the list by half over three years."

Hutchinson's proposed changes for the private option include charging premiums of about $19 a month to enrollees whose incomes are above the poverty level, subsidizing some enrollees' coverage through employer plans and referring unemployed enrollees to job-training programs.

Employers would be eligible for subsidies if their plans are deemed "cost-effective" and they are willing to submit claims and enrollment information to the Arkansas Department of Insurance. The Medicaid program would cover part of the employees' premium and out-of-pocket costs for medical care, Davis has said.

Under the draft legislation, state officials also would explore seeking the authority to offer financial incentives to participating employers. The legislation also directs the Department of Human Services to seek a waiver from the U.S. Department of Health and Human Services to allow the state to stop providing retroactive coverage to those covered under the Medicaid expansion. Currently the program covers medical expenses incurred up to 90 days before enrollment.

Asked whether the governor has the three-fourths vote of the 100-member House and 35-member Senate to reauthorize funding for the Medicaid expansion in the fiscal session, Davis said that "we are focused on the special session at this time."

Hutchinson has warned that the failure to reauthorize funding of the Medicaid expansion would create a more than $100 million budget "hole" in his proposed $5.33 billion general revenue budget in fiscal 2017.

Asked whether 27 senators support reauthorizing funding for the Medicaid expansion, Dismang said that "we'll have that discussion after we get through through the policy [legislation]."

Senate Democratic leader Keith Ingram of West Memphis said he doesn't know whether funding for the program will be reauthorized in the fiscal session. "I don't think anybody knows," he said.

Gillam said he hasn't determined whether there are 75 votes in the House to reauthorize funding for the private option in the fiscal session.