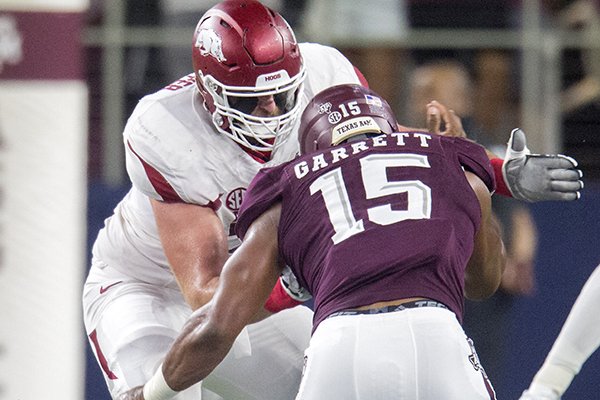 Offensive lineman Dan Skipper was a first-team all-SEC selection, while running back Rawleigh Williams was named to the second team. The teams were selected by SEC coaches, who were not permitted to vote for their own players.

Skipper started all 12 games for the Razorbacks this season and moved from right tackle to left tackle in September. He was named the SEC offensive lineman of the week following at Mississippi State in November and was the league's special teams player of the week after blocking a TCU field goal in the fourth quarter of a win over the Horned Frogs in September.

Skipper, a senior, has been selected to play in the East-West Shrine Game in January.

Williams led the SEC in rushing with 1,326 yards and also ran for 12 touchdowns. He was a three-time SEC offensive player of the week, including twice in November when he rushed for 148 yards and 2 touchdowns against Florida and career-highs 205 yards and 4 touchdowns at Mississippi State.

Williams was beat out for the first team by LSU running Derrius Guice and Auburn running back Kamryn Pettway. Guice finished second in the SEC in rushing yards and Pettway was fifth among running backs despite missing four games because of an injury.