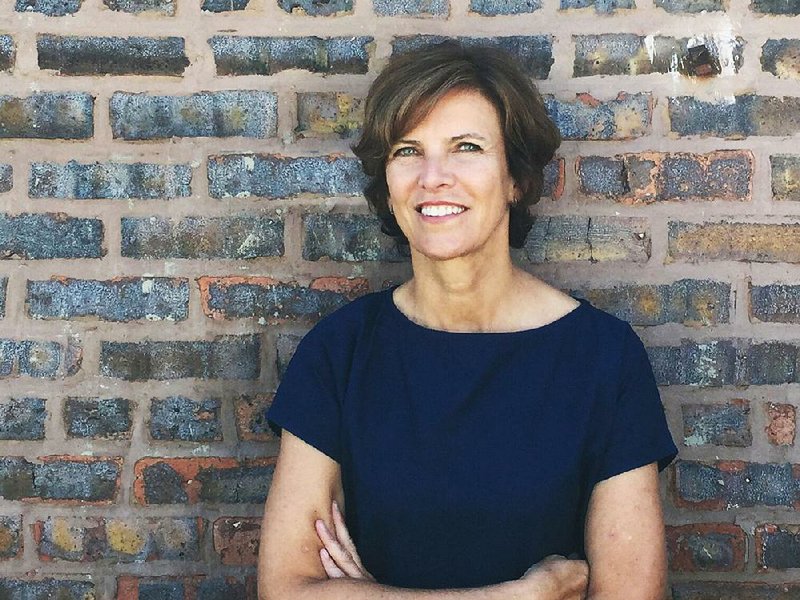 Arkansas Arts Center Executive Director Todd Herman said that after a full day of visiting Studio Gang he came away impressed by how the group designs buildings based on community surroundings, calling the work "smart," "sensitive," and "thoughtful." The upgraded Arts Center, expected to be complete in 2021, will remain in downtown Little Rock's MacArthur Park.

"You­ could­n't necessarily look at any of their buildings and say, 'That's a Studio Gang building,' other than it's very smart and very intelligently thought out, and focuses on sustainability and energy efficiency," Herman said. "We've looked at all these other buildings and they're all so different, so I'm just anxious and excited to see what this community and this landscape yields in their mind."

The tour followed a consensus by the selection committee that Studio Gang was the preferred candidate after presentations by five finalists, Herman said. The Arts Center did not give public notice of the trip, possibly violating the state's Freedom of Information Act laws.

Herman said he expects a yet-negotiated contract with Studio Gang will be presented to the Arts Center's trustees for approval by early next year.

The Arts Center also will work with the firm to draft a request for qualifications for a local architectural group to get a portion of the work on the expansion, Herman said. That will probably be published before Christmas, Herman said.

[EMAIL UPDATES: Sign up for free breaking alerts and daily emails with the day's top headlines]

Studio Gang, founded by MacArthur Fellow Jeanne Gang, designed the Writers Theater in Glencoe, Ill.; the University of Chicago Campus North Residential Commons; the WMS Boathouse at Clark Park in Chicago; and the 82-story Aqua Tower in Chicago, among other buildings.

The group's ongoing projects include the 88-story Folsom Bay Tower in San Francisco and the American Museum of Natural History Gilder Center in New York City. Photos of the firm's work are online at studiogang.com.

"[The Arts Center's] extraordinary collection, historic MacArthur Park setting, and rich mix of programs present a unique opportunity to redefine how the arts can strengthen local communities and surrounding regions," Gang said in a printed statement.

More than 20 firms responded to a request for qualifications made in July. A technical committee selected five national and international firms from that pool as finalists, which gave 20-minute presentations to the selection committee Nov. 1. Herman and the Arts Center's curator visited buildings designed by each of the five finalists.

After the presentations, committee members, "one by one," identified Studio Gang as their preference, Herman said.

Herman and four other members of the committee then visited Chicago on Nov. 16 to spend a day with the firm's team and tour buildings it designed. The group did not stay overnight, and the cost was covered by a foundation member, Herman said.

"No public monies have yet been used in this process," Herman said.

The Arts Center did not give public notice of the trip to the Arkansas Democrat-Gazette, which is typically informed before the Arts Center's board of trustees meets and which has requested notification any time a city committee or commission meets.

The Arkansas Freedom of Information Handbook, citing the 1976 court decision in Mayor and City Council of El Dorado v. El Dorado Broadcasting Co., says the state's public-meetings law "covers informal, unofficial group meetings for the discussion of governmental business" even when a quorum is not present.

Arkansas Code 25-19-106 (b) (2) says public boards or commissions shall give at least two hours notice to local media before any emergency or special meetings are held.

Herman said he did not consider giving public notice before the trip because the committee was not traveling in full and no decision was to be made then.

"We did not give public notice," Herman said by email. "I honestly didn't think about it. The entire selection committee was not on the trip and so no decisions were going to be made. The information gathered on the trip was to be reported to the full committee at today's public meeting after which a vote would be taken."

Studio Gang was unanimously chosen Tuesday after a 30-minute discussion focused mostly on what members who went on the trip observed.

The Arts Center's original request for qualifications estimated construction costs would total $46 million -- not including "soft costs" like the design contract -- for the renovation of 90,000 square feet, new construction of 40,000 square feet and landscaping work. A proposed timeline has the new Arts Center opening in September 2021, according to the document.

Little Rock voters in February approved a $37.5 million bond, backed by a 2 percentage point increase to the city's hotel tax, to pay for the project. Officials during the election said significant private contributions would be raised to complement the public dollars.

Aside from the public funds, the Arts Center needs an additional $45 million to $50 million to cover construction and increased operating costs, Herman said.

The capital campaign will begin early next year, Herman said. A target will be developed after a "silent phase," when big-money donors kick off the fundraising, he said.

The Arts Center's nonprofit foundation collected $17 million in gifts, grants and contributions between 2010 and 2014 and an additional $3.2 million in interest-related income, according to its latest tax filing. The foundation's endowment as of the end of 2014 was $27.7 million, the filing shows.