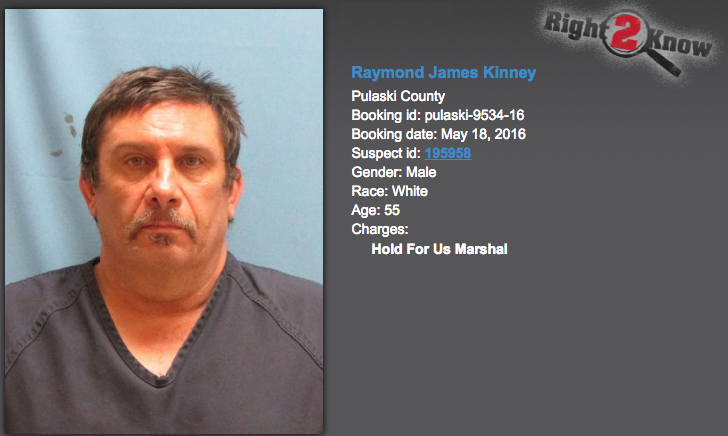 A former Transportation Security Administration employee from Arkansas has been sentenced to 20 years in prison for distributing child pornography.

Undercover officers posing as two children spoke with Kinney via social media, receiving several pictures and videos of child pornography from the TSA inspector, according to a news release.

[EMAIL UPDATES: Sign up for free breaking alerts or daily newsletters with the day's top headlines]

Kinney later agreed to meet at a Russellville motel for the intent of having sex with minors and was arrested upon arrival, Thyer said.

A search found that Kinney had brought sex toys and children's clothing with him, according to the U.S. attorney's office.

Kinney was indicted in February 2015 and pleaded guilty in May.

In state court, Kinney was sentenced to 244 months for attempted rape. That term will run concurrently with his federal sentence.