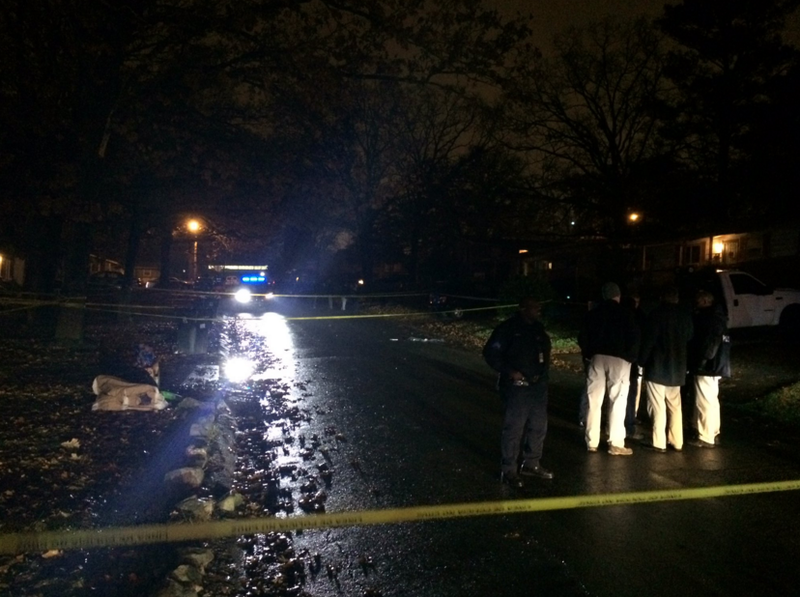 An unarmed man shot by Little Rock police Monday night was once diagnosed with a mental illness and had been under state supervision for several years, according to court records.

Police encountered Johnson about 7:30 p.m. Monday at 34 Harrow Drive after he reportedly called 911 and said he had killed people and was armed with two handguns. Officers found Johnson outside the home. Police said Johnson initially refused to remove his hands from his pockets, and an officer shot him after he "removed one hand from his jacket quickly and extended his arm" toward officers.

Investigators found no gun in Johnson's possession and no evidence that he had killed people, according to the department.

Police identified Kalvin Snow, a four-year department veteran, as the officer who shot Johnson. He and a rookie officer who witnessed the shooting, Marcus Custer, were both placed on paid administrative leave pending an investigation, in accordance with department policy.

Police spokesman Richard Hilgeman said Wednesday that the investigation is ongoing. He said the department had no further comment on the shooting.

The shooting wasn't Johnson's first encounter with Little Rock police. Court records show he was arrested on several occasions beginning when he was in middle school. His first adult encounter with police was in 2004, when he was convicted of felony aggravated assault after he shot his girlfriend with a BB gun.

[EMAIL UPDATES: Sign up for free breaking alerts or daily newsletters with the day's top headlines]

He had run-ins with police over the next several years that led to him being convicted of misdemeanor offenses, including criminal trespassing and disorderly conduct. Two women also accused Johnson of beating and threatening to kill them, which led to orders of protection against him.

In April 2011, in a second-degree battery case, Johnson was acquitted by reason of mental disease or defect, according to court records. A doctor diagnosed Johnson as a paranoid-schizophrenic with severe dependencies on PCP, otherwise known as angel dust, and marijuana. Johnson was committed to the State Hospital for treatment and placed on five years of probation.

Under the terms of his probation, Johnson was required to take medication, abstain from alcohol and illicit substances, meet regularly with a probation officer and attend treatment sessions.

Johnson reportedly violated those conditions on numerous occasions, but his probation was terminated one year early and he was released from state custody in October 2015, according to court filings. A State Hospital doctor who evaluated Johnson before his release suggested that Johnson had anti-social personality disorder, not paranoid-schizophrenia.

Months after his release, Johnson was accused of stabbing a man with a box cutter. North Little Rock police arrested him Feb. 6 on a charge of second-degree battery.

Johnson was free on bond and living with his mother at the Harrow Drive residence in Little Rock when he was arrested again Oct. 12 after a woman accused him of beating her at a motel. Johnson was charged with third-degree domestic battery.

His next encounter with police occurred Monday, when he was shot.

Johnson's mother, Bernita Gray, said by phone Wednesday that she was not immediately able to discuss the shooting.

Her son's case is not unique. About half the people shot by police between 1980 and 2013 in the United States had been diagnosed with a mental illness, according to a joint study published in 2014 by the Treatment Advocacy Center, a nonprofit advocacy group for the mentally ill, and the National Sheriffs' Association.

A study this year by the Ruderman Family Foundation, a Massachusetts-based group that advocates for the disabled, found that at least one-third of people killed by police between 2013 and 2015 had a mental or physical disability.

"Behind these numbers is a pattern in which police have become the default responders to mental health calls," the study states.

Little Rock Police Chief Kenton Buckner has said in the past that it's often difficult for officers to identify when a someone has a mental health issue, and even when it's apparent, communicating with those people is a challenge.

Police shootings in Ferguson, Mo.; Baton Rouge; Charlotte, N.C., and several other cities across the country have sparked mass protests and criticism of police in recent years. In many cases, young black men were killed by white officers, which led to accusations of racism against some police departments.

Johnson and the Little Rock police officers involved in the shooting Monday are black.

Police video and audio equipment recorded the shooting, police said. The department had not released the recordings Wednesday, citing an ongoing investigation.

Harrow Drive residents said they heard officers tell someone to get down on the ground multiple times before they heard gunfire. One resident said she heard four to five shots.

The shooting Monday was the fifth involving a Little Rock police officer this year.

In October, officer Dennis Hutchins fatally shot Roy Richards, 46, in downtown Little Rock after Richards reportedly pointed an air rifle at another man. The shooting is under investigation.

Two other officers, Shawn Bakr and Lora Montano, were involved in off-duty shootings earlier this year and have been cleared of any wrongdoing.