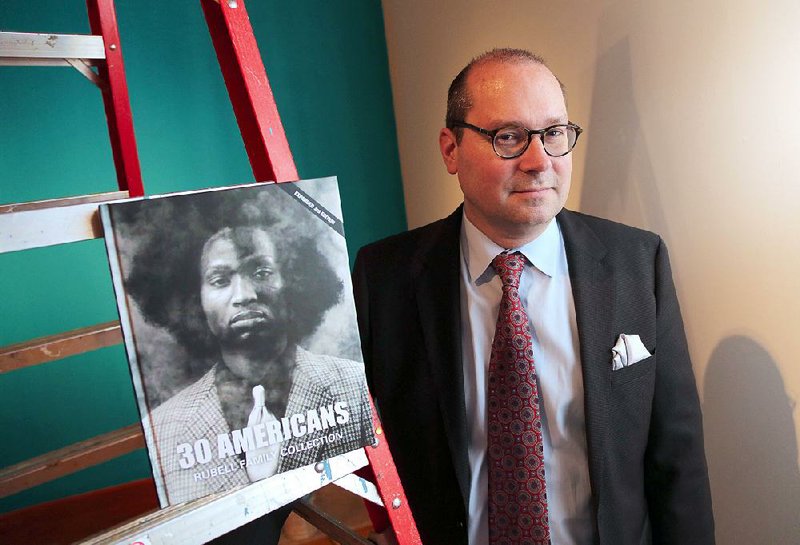 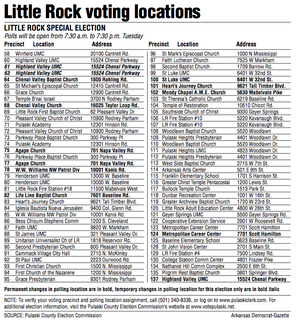 Voters in the city are being asked to approve bonds of up to $37.5 million to fund improvements to and expansion of the Arkansas Arts Center and renovations to the MacArthur Museum of Arkansas Military History.

If approved, the bonds to benefit the Arts Center will be secured and paid back with revenue from a 2 percent tax increase on hotel rooms.

The Little Rock Board of Directors has already approved the tax increase, collection of which began Jan. 1, so this election has no say on whether it's collected. What voters are deciding is whether to allow the city take out the bonds to get the money upfront in a lump sum.

If voters fail to pass the measure, the city would receive the money over time, having access only to the amount that is collected each month from the tax.

Officials have said the benefit of the upfront money is that it can be paired with private donations to pay for a large-scale construction project at the Arts Center.

The center and its foundation would need to raise almost as much in private funds as would be acquired from the bond in order to do substantial improvements or expansion, officials have said.

"We know that to achieve our goal, the public dollars will need to be coupled with private funds to produce something aspirational and transformational for the community," Arts Center Executive Director Todd Herman said.

Herman and others have steered clear of announcing any specific plans or making concrete promises on how they will spend the funds. They have said needs include updating the heating-and-air system, adding vault storage and education spaces, and renovating the Children's Theatre and studio spaces.

"The final budget and priorities will be determined once the bonds are approved," Herman said.

The ballot measure states that funds can be spent for improvements to MacArthur Park, where the military museum and Arts Center are located, "without limitation," particularly for renovations, additions, furnishings and equipment "including any necessary parking, landscaping, signage, drainage, lighting, road and utility improvements."

Ahead of this week's election, a campaign group called Committee for Arts and History has been advocating for passage of the ballot issue.

The committee's first financial report, filed with the Arkansas Ethics Commission last week, reported receiving $29,850 in contributions and spending $28,092.12 with a week to go before election day.

The committee has spent most of its money on direct mailers. It purchased those and podium signs from Arkansas Graphics for $11,842 -- the largest expense by the campaign so far.

Another $10,500 was paid to Markham Group for campaign management, $4,000 was paid to Turtle Target LLC for website creation and design, and $1,750 was paid to the Arkansas Times for advertising.

Several Little Rock public officials contributed to the campaign, according to finance reports filed with the state Ethics Commission.

The largest single amount given was $1,000. In addition to Kumpuris and his brother, Andrew Kumpuris, 12 other people gave that amount.

The committee's next financial report is due 30 days after the election.