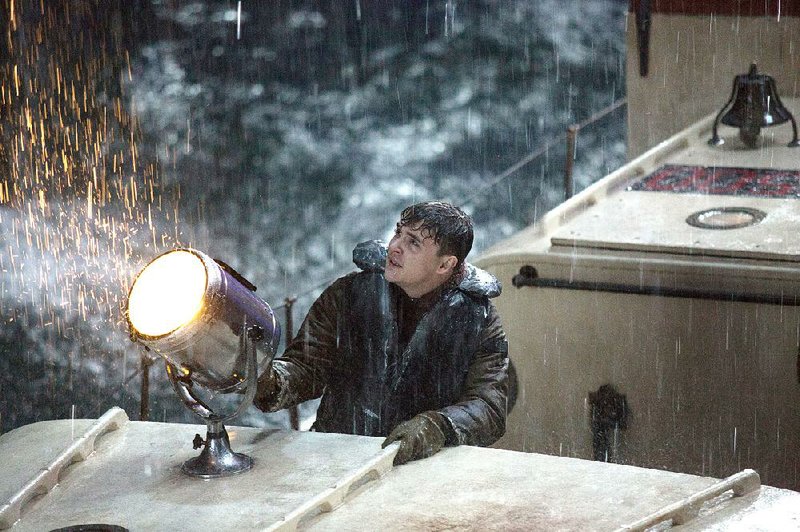 When first assistant engineer Ray Sybert (Casey Affleck) realizes he’s the senior officer on board, he’s faced with leading a frightened crew through one of the worst storms ever to hit the East Coast in The Finest Hours.

The ultimate test of a movie that's "based on a true story" is if what's on the screen is more engrossing than the Wikipedia account of the event. No account of the Feb. 18, 1952, Coast Guard rescue of the oil tanker SS Pendleton off the coast of Massachusetts could be dull, but The Finest Hours occasionally comes close. Director Craig Gillespie (Million Dollar Arm) captures some of the fury of the storm that sank ships and nearly killed everyone on the water that night. 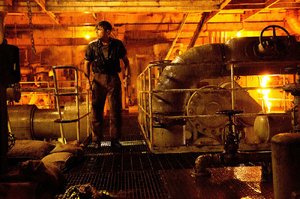 Boatswain’s Mate First Class Bernie Webber (Chris Pine) leads a daring ocean rescue in the middle of a monstrous storm off Massachusetts in The Finest Hours.

While the storm is replicated with reasonable finesse, the people who lived through it are a lot less carefully rendered. That's a shame, because the crews of the Pendleton and of the CG-36500, which rescued them, demonstrated formidable courage and ingenuity in coming out of the devastating nor'easter alive.

These folks deserve more than a middling January release.

Considering how violent the storm was, it's odd that Gillespie and screenwriters Scott Silver, Paul Tamasy and Eric Johnson begin with an awkward first date. As Boatswain's Mate First Class Bernie Webber (Chris Pine) tries to woo Miriam (Holliday Grainger), what should have been an opportunity to flesh out their characters winds up instead being a tiresome exercise in nostalgia. The banter is neither snappy nor realistic. Throughout the seemingly endless courtship, it's easy to start wishing for the bad weather to start up.

In real life the two had a long and apparently happy marriage, and one quickly gets the sense the real couple were more charming than their cinematic equivalents. It doesn't help that Pine, whose specialty is playing brash leading characters like Captain Kirk, isn't all that convincing as a shy but smitten man.

While Webber is mulling over his tedious romantic life, the crew of the Pendleton is trying to make it to shore before high winds make it impossible. Before you can say, "exposition," Ray Sybert (Casey Affleck) laments that a weld holding the tanker together is dangerously faulty.

At least the filmmakers don't make us wait through a long debate on the weld. Once the wind and waves get more ferocious, Sybert and his shipmates discover that half of the vessel (the one with the bridge and the captain) is sinking into the ocean. Not only do they have to think quickly to keep their portion of the ship afloat, but the sea is so rough that lifeboats are crushed into sinking scrap heaps in seconds.

One thing that does make The Finest Hours a little more interesting than your usual disaster-of-the-week movie is that Sybert and his 30-plus peers have to do more than simply wait for Webber to save them. Simply keeping half of the ship afloat is an engineering feat of Herculean proportions. While Webber and his mates deserve all the praise they received (there wouldn't have been a movie if they failed), the guys on the tanker were just as resourceful and brave. It's too bad only Sybert makes much of an impression in the movie.

Because of the locale, all of the actors break into thick Massachusetts accents that vary in believability. The exception is Australian Eric Bana, who plays Webber's Dixie-raised commanding officer. New South Wales isn't quite the American South.

To be fair to Bana and the rest of the talented cast, the script doesn't give them much to do other than look concerned. In the face of a nor'easter, that's understandable. Still, it takes a few more emotions to do justice to the men and women who managed, in one rare instance, to defy the seemingly insurmountable wrath of the ocean.