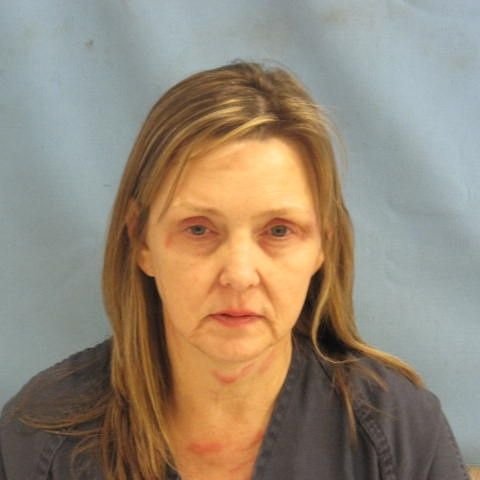 A 57-year-old Roland woman on Friday admitted killing her husband, the chief ranger for the state Parks and Tourism Department, 2 1/2 years ago, telling the judge her greatest regret was losing the affections of their two sons.

In January 2014, Pamela Dianne Digman told police that she'd shot Jerry Ossie Digman, 58, in self-defense during a struggle over a gun after he had threatened her with a knife.

Jerry Digman had been shot five times. His body was found on a mattress in the living room of the home.

Pamela Digman's guilty plea on Friday to second-degree murder, reduced from first-degree murder, came just as prosecutors were preparing to play in court her recorded interview with Pulaski County sheriff's deputies conducted the day she reported her husband had been killed.

James and co-counsel Bobby Digby II had challenged the legality of the deputies' interrogation, along with all of the evidence seized from the home, particularly a computer and a cellphone that authorities said belonged to Pamela Digman.

The defense also hoped to block prosecutors from using the testimony of a high school friend of Digman's, Mike Truxler of Yellville.

Truxler testified that Digman had complained about her marriage, telling him that she didn't like being around her husband and had taken a job involving travel so she could avoid him.

Truxler also said that two or three months before the January 2014 killing, Digman told him she planned to divorce Jerry Digman, but wanted to wait until after the holidays so as not to upset the children.

Authorities said the Digmans had been married for more than 30 years.

The judge didn't get a chance to hear the recording or rule on the seized evidence before Digman agreed to plead guilty.

Deputies had found Google searches on her computer that asked "If you accidentally kill someone to prevent them from committing suicide is that a crime?" and "Are suicidal attempts a felony?" Other searches included "accidental murder" and "Arkansas Domestic Violence Laws."

In exchange for Digman's guilty plea, senior deputy prosecutor Marianne Satterfield recommended a sentence of six years in prison to be followed by a 14-year suspended term.

After entering her guilty plea, a crying Digman turned to address her son Matt Digman, 32, who was watching the proceedings with his uncle.

A condition of her bond was that she have no contact with sons Matt or Michael Digman.

"I'm very sorry this happened, but it wasn't intentional," Pamela Digman said. "I knew when the gun was out one of us would be killed, and I'm taking responsibility for it."

She told her son she loved her children more than anything else and always would. But she also lamented that they had not talked to her in the aftermath of the slaying and had been swayed by things they'd been told by other people.

"It breaks my heart that I don't have my boys in my life," she said.

Jerry Digman had been chief ranger for only a few months. He had retired as a lieutenant from the Arkansas State Police after a career that included serving on the state police security detail for Govs. Bill Clinton and Jim Guy Tucker.