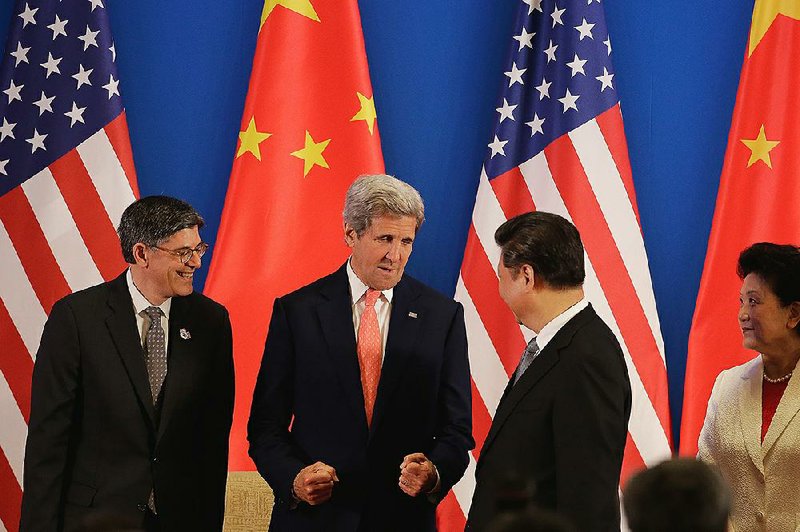 BEIJING -- U.S. Treasury Secretary Jacob Lew chided China on Monday for allowing a glut of steel and aluminum to flood global markets, and he urged Beijing to treat foreign companies with the same openness that Chinese firms often receive across the world. 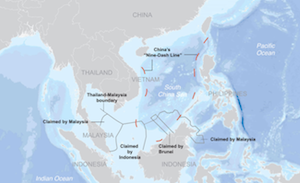 The annual U.S.-China Strategic and Economic Dialogue is usually an occasion when the two sides try to highlight areas of cooperation and progress. But this year's event in Beijing is overshadowed by growing trade and commercial friction, as well as continued sparring over China's efforts to exert greater control over the South China Sea.

Investment in heavy industry during China's boom years has led to a surplus of production capacity. With economic growth slowing, the government has been left to prop up industries including steel, aluminum, shipbuilding and coal mining.

China is accused of dumping much of the excess production in Western markets, which leaders in the U.S. and Europe say has hurt producers and threatened thousands of jobs. The U.S. Commerce Department responded last month by imposing anti-dumping and anti-subsidy duties on many Chinese steel products.

"Excess capacity has a distorting effect and damaging effect on global markets," Lew said at the start of two days of talks. "Implementing policies to substantially reduce production in a range of sectors suffering from overcapacity, including steel and aluminum, is critical to the function and stability of global markets."

On Sunday, during a talk at Beijing's Tsinghua University, Lew said excess steel capacity would also have a "corrosive" effect on China's economic efficiency.

China produces more than half of the world's steel but argues that excess capacity in the industry is a global issue. It also accuses the U.S. of protecting and subsidizing its iron and steel industry for more than three decades.

Lew's Chinese counterpart, Lou Jiwei, said China already cut 100 million tons of iron and steel production last year and that it has pledged to do more.

Lou suggested that foreign officials should curb their complaints about industrial production surpluses because their governments had cheered on China's investment boom during the global financial crisis that began in 2008. That helped create the production gluts that now worry policymakers in Beijing and, increasingly, around the world.

"We can't instruct businesses to do something," Lou said. "We will reduce excess capacity through market forces."

Lew said the U.S. "supports efforts to reduce excess capacity and leverage in the economy."

Chinese President Xi Jinping opened Monday's talks by pledging to continue to overhaul China's economy and open it to the outside world. "We have full confidence that China can achieve its goals of economic and social development," he said.

But many diplomats and analysts are skeptical, arguing that economic changes have slowed and protectionism is rising.

"Not much is happening on the ground, and it's not going to happen soon," one European diplomat said about cutting overcapacity, requesting anonymity while talking about a sensitive subject. "There is a limit to what you can do without jeopardizing political and social stability."

The talks also come at a time of growing concerns about China's treatment of foreign companies.

Ahead of the talks, the American Chamber of Commerce complained of "delays and hiccups" in China's economic changes. The group noted that 77 percent of its members now feel less welcome in China than before, citing in particular "unclear laws and inconsistent interpretation."

Lew said concerns about the business climate in China have risen.

"Candidly, foreign businesses wonder if they are welcome, and find China's regulatory environment harder and harder to navigate," he said.

Many European nations share those concerns, arguing that their markets are far more open to Chinese investment than China is to European companies.

"It's not scary to have disagreements," Xi said. "The key is not to use disagreements as an excuse for confrontation. Some disputes may not be solved in a short time. Both sides should put themselves in each others' shoes and manage them in a pragmatic and constructive way."

While Xi didn't mention any points of contention, the two sides have butted heads over the U.S.' strategic pivot to the Asia-Pacific region as well as China's more assertive foreign policy, which has included land reclamation on disputed features in the South China Sea. That issue dominated discussions at a security forum in Singapore over the weekend, with U.S. Defense Secretary Ashton Carter saying that China risked building a "Great Wall of self-isolation" through its actions.

Among the disputed features in the South China Sea is an uninhabited shoal about 145 miles from the Philippine coast, a triangle of reef and rocks that barely stretches above high tide. The Scarborough Shoal has been occupied by China since 2012.

U.S. Adm. John Richardson in March raised the prospect of China building on the shoal, and the next month the U.S. sent Air Force planes into its vicinity. An airstrip there would add to China's network of runways and surveillance sites that U.S. Pacific Command chief Harry Harris last year said would create "a mechanism by which China would have de facto control over the South China Sea in any scenario short of war."

The potential motivation for China to build on the shoal is a coming international arbitration ruling on a case brought by the Philippines against China's sea claims. China didn't take part in the hearings, arguing that the tribunal lacks jurisdiction.

China contests more than 80 percent of the South China Sea, through which more than $5 trillion in seaborne trade passes every year. The countries claims conflict with those of several countries, including Vietnam and Malaysia. China has also reclaimed 3,200 acres of land and added military infrastructure on seven features in the Spratly Islands.

"We are looking for a peaceful resolution to the dispute in the South China Sea and oppose any country resolving claims through unilateral action," U.S. Secretary of State John Kerry said Monday after Xi's speech.

"If freedom of navigation is undermined, then China would not be to blame," Sun said.

Kerry also urged cooperation between the two sides in preventing North Korea from expanding its nuclear weapons capabilities. A high-level delegation from Pyongyang visited Beijing on Wednesday, signaling the allies may be seeking to repair ties strained in January, when North Korea conducted its fourth nuclear test.

Kerry said the U.S. and China must stand together in relation to North Korea, just as they did in clinching last year's nuclear accord with Iran.

"It is absolutely vital to use this meeting ... to work constructively on those differences," Kerry said. He called the dialogue an opportunity to "seek creative ways to narrow them, or eliminate them altogether."

On the issue of climate change, envoys from both sides pledged to ensure that last year's Paris agreement is ratified and to persuade other governments to put it into action.

Kerry described cooperation on climate change as "one of the strongest pillars of our relationship" with China. He expressed hope that the same spirit of compromise could be infused into disagreements over maritime security and human rights.

Information for this article was contributed by Simon Denyer of The Washington Post; by Ting Shi, Keith Zhai, David Tweed, Andrea Tan and Alfred Cang of Bloomberg News; by Joe McDonald and Bradley Klapper of The Associated Press; and by Chris Buckley and Jane Perlez of The New York Times.