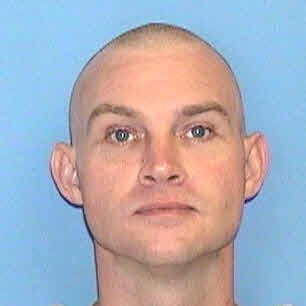 An Arkansas man sentenced to 60 years in prison for strangulation of a teenage girl escaped from a state prison Monday, the Department of Correction said.

Police are searching for 40-year-old Lloyd Jones, who is an inmate at the East Arkansas Regional Correctional Facility in Brickeys.

Jones was on work detail at a construction/demolition site about 2 miles west of the unit when he escaped, according to department spokesman Solomon Graves.

"The search perimeter is focused around the escape location and adjacent areas," Graves said in a statement shortly before 6 p.m.

According to those reports, Jones was accused of luring Allen on social media before strangling her and stuffing her body inside a barrel that was buried on his family's property on Arkansas 96 near Lavaca in Sebastian County.

After his arrest, two women came forward to tell police that Jones had taken them on "dates" to his property days before Allen's death, acting strange and causing them to become fearful, according to one Democrat-Gazette story.

Jones was listed as 6 feet tall and 175 pounds. His most recent known address was his parent's home on Arkansas 96 near where Allen's body was found.

Check back with Arkansas Online for updates on this developing story and read Tuesday's Arkansas Democrat-Gazette for full details.

60 years, no parole for killer of girl, 16
Suspect led 2 to site of body, officers told