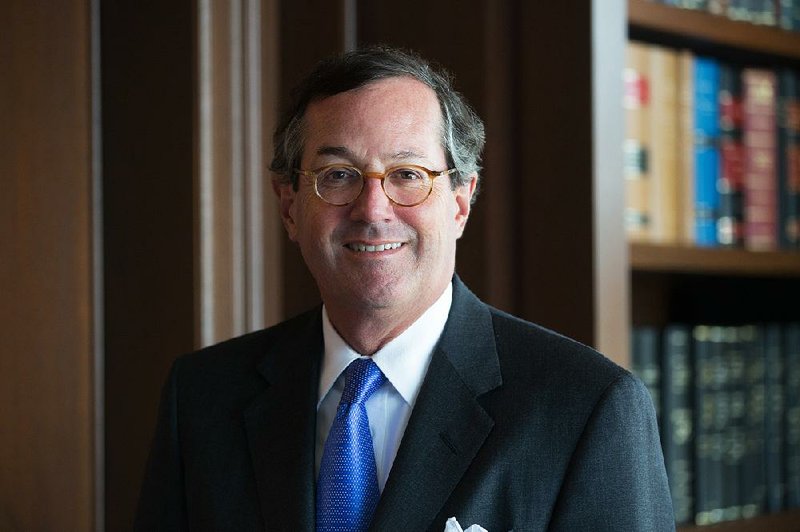 Warren Stephens is shown in this photo.

NEW YORK -- He's a billionaire who took over his father's business and expanded it ambitiously. Over the years, he's owned fine wines, a fleet of jets and an exclusive golf course, and has handed out money to politicians in both parties.

There end the similarities between Warren Stephens and Donald Trump. As Trump moves toward the Republican presidential nomination, Stephens, an investment banker from Little Rock, has emerged as one of the real-estate mogul's deepest-pocketed opponents within the party.

With Trump leading in the delegate count, his Republican opponents are focused on preventing him from winning the outright majority that would guarantee his nomination. A trio of conservative groups not affiliated with any candidate has spent about $28 million against him, mostly on negative ads that aired in the past few weeks. So far, the effort has failed to dent his popularity.

Stephens and his brother, Jackson "Steve" Stephens Jr., gave a total of $3.5 million last month to two of these groups, according to filings Sunday with the Federal Election Commission, on top of $500,000 last year.

The filings show only one other family, the Ricketts clan of Omaha, Neb., that's a bigger contributor to the stop-Trump campaign, having given $5 million since January. Other backers of the effort revealed in the filings were Paul Singer, the New York hedge-fund manager, who gave $1 million; and William Oberndorf, a San Francisco investor, who gave $500,000.

While Trump parlayed his exploits as a New York developer into international fame and a reality TV career, Stephens has cultivated a lower profile. But his family's name has been a powerful one in Arkansas for decades.

According to a 2012 profile in Barron's that calls Stephens "The King of Little Rock," his uncle, Witt, a cigar-chomping former Bible salesman, founded the investment bank in 1933. The firm passed to Witt's brother Jackson Sr., then to Warren Stephens. Forbes estimates Stephens' personal fortune at $2.4 billion.

In 2004, Stephens opened an exclusive, world-class golf club overlooking Lake Maumelle outside Little Rock. "I don't really know how much money I've spent on it," he told Barron's.

Stephens is a longtime Republican donor, although he supported former Arkansas Gov. Bill Clinton in his first presidential run in 1992. The financier and his wife were later rewarded with an overnight stay in the Lincoln Bedroom, a White House perk the president handed out to hundreds of supporters. (Stephens backed Republican Bob Dole during Clinton's re-election campaign.)

During the current race, Stephens has handed out a total of $300,000 to super PACs supporting Marco Rubio, Jeb Bush, Scott Walker and Chris Christie, all of whom have since dropped out of the effort to become the Republican nominee.

Most of the Stephenses' giving in recent years has been to a super PAC run by Club for Growth, a powerful conservative group that pushes for limited government and lower taxes, and which has been one of the biggest spenders against Trump.

Steve Stephens, who runs Exoxemis, a biomedical company in Little Rock, is chairman of the Club for Growth. Reached by phone, he said he didn't want to comment on his donations or on the subject of Donald Trump.

He did mention, however, that he's a songwriter and keyboardist in a progressive-rock band called Rayburn. He pointed to a 2012 number that he said "kind of expressed what I may feel about certain political types."

It's on YouTube, and it's called "Keep the Change." The lyrics include:

You call your own shots

Burning down what our fathers built.