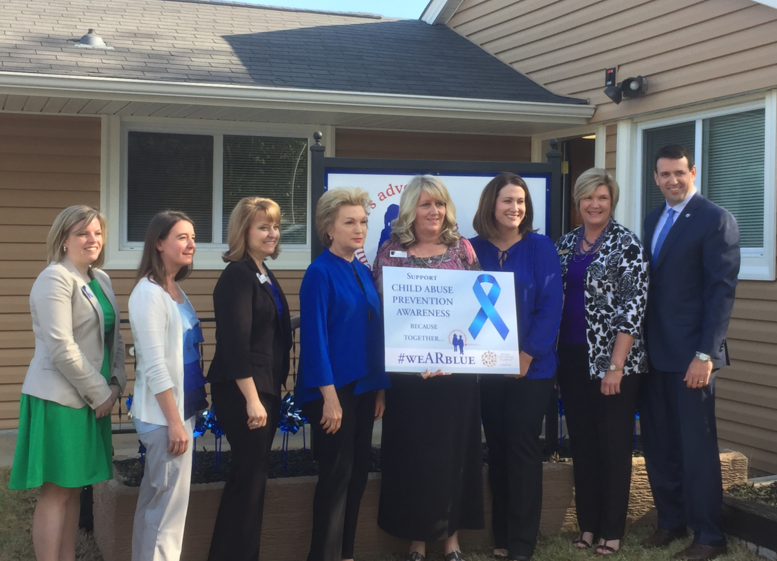 Arkansas first lady Susan Hutchinson called on state agencies and the public to support a group of nonprofit centers combining resources for neglected and abused children after she met with workers at one of the centers in North Little Rock on Tuesday.

Gov. Asa Hutchinson this month signed a proclamation declaring April as Child Abuse Awareness and Prevention Month, and his wife said she has served for years on the board of the Children's Advocacy Center in Benton County.

There are 13 regional Children's Advocacy Centers of Arkansas that coordinate the services of police, teachers, social workers, prosecutors and the Department of Human Services when dealing with child abuse victims.

"The effort was to create coordinated, comprehensive responses once the phone call is made" to report abuse, said Stacy Thompson, the executive director of Children's Advocacy Centers of Arkansas.

After meeting with some of Thompson's staff members in North Little Rock, Susan Hutchinson said that there is a need for more awareness about the organization's work, especially among police and prosecutors.

"I don't need new laws; I don't need to force anyone to work with us, but what I need is a culture of cooperation," Hutchinson said.

Thompson said each regional center receives funding from donations and from the state's tax on beer, while the statewide organization also receives federal grants. As part of the awareness month, she said the group will be promoting ways for people to get involved.