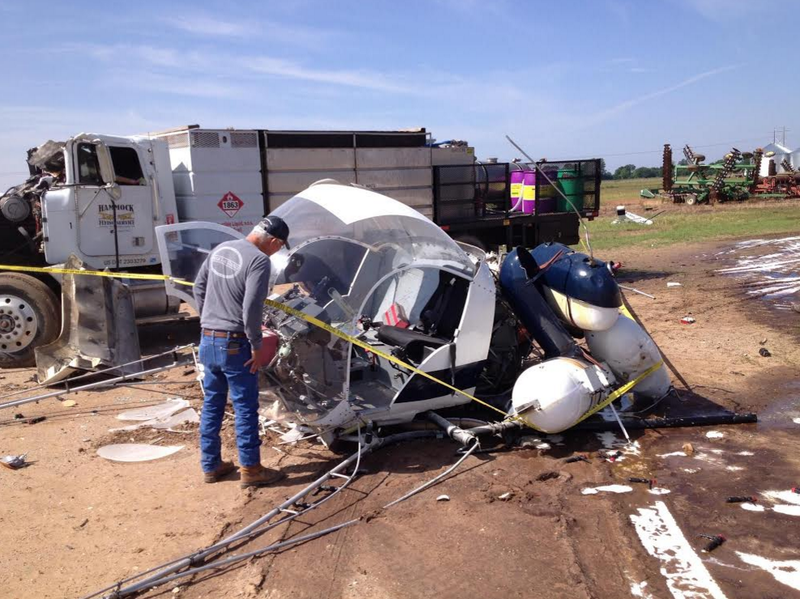 Jim Penn examines the wreckage of a helicopter after it crashed on the farm he owns in Lawrence County Friday.

One person has been killed after a helicopter crash in Lawrence County, authorities said.

Buddy Williams, director of the county's office of emergency services, said it happened shortly after 7:15 a.m. along County Road 504 near Portia as an agricultural helicopter was taking off. It had been loading chemicals to spray on a rice field.

Williams said the helicopter made contact with a supply truck and crashed. The pilot was uninjured, but a service worker on the ground was hit by shrapnel from the crash and was seriously hurt, Williams said.

The man, whose name has not been released, was taken by medical helicopter to a Memphis hospital, where he died of his injuries.

Williams said he was notified of the death around 10:15 a.m.

The Federal Aviation Administration was called in to investigate the crash.

Portia is about 6 miles west of Walnut Ridge and 30 miles northwest of Jonesboro.