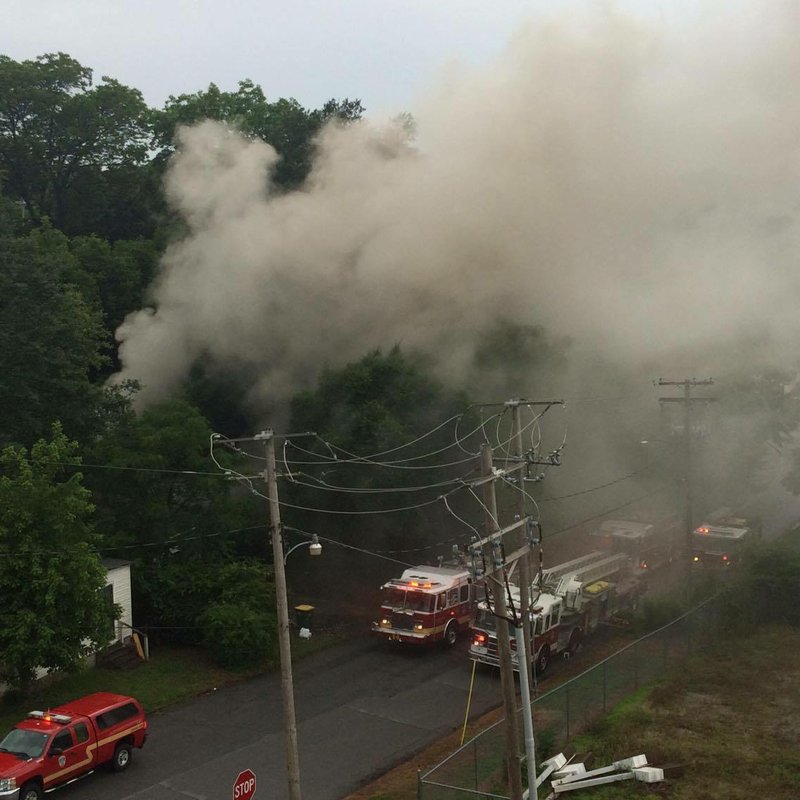 Smoke billows from a fire in an abandoned house on Maryland Avenue Sunday afternoon.

Crews in Little Rock responded to a pair of fires Sunday in different parts of the city.

Little Rock Fire Department Capt. Jason Weaver said the first blaze occurred at a residence in the 7700 block of Burnelle Drive, which is off Chicot Road south of Baseline Road.

Weaver said a couple awakened to the smell of smoke around 7:30 a.m. and then found a fire that started in a garage and spread to the attic.

The cause isn't known, but it's not believed to be suspicious. Weaver said the home had some fire damage, particularly in the garage, as well as "quite a bit" of smoke and water damage.

Shortly before 5 p.m., crews were called to a fire at a vacant house in the 2200 block of Maryland Avenue near Arkansas Children's Hospital.

That home had no utilities hooked up and no one was there when firefighters arrived, Weaver said. The cause remains under investigation.

No injuries were reported in either fire.