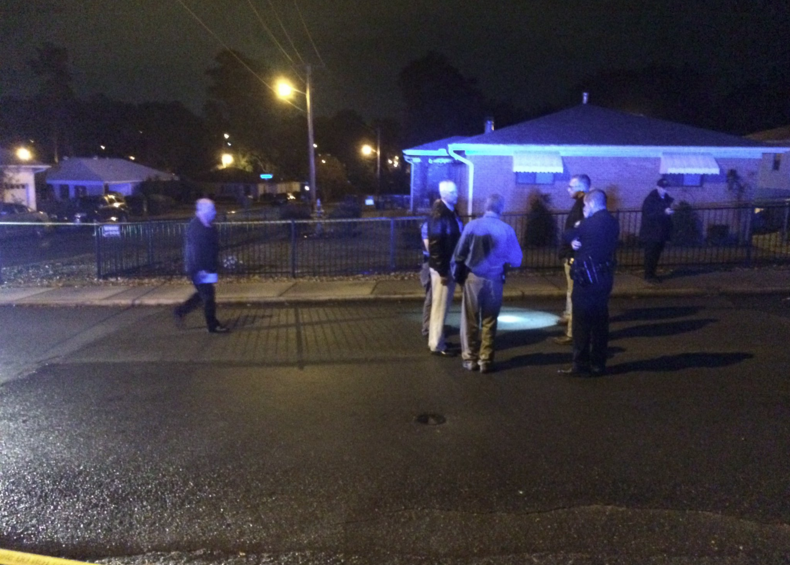 The mother of a 2-year-old girl who was killed Tuesday night in Little Rock was in the car with the child when several bullets were fired into the vehicle, authorities said.

Police were called to UAMS Medical Center at 8:34 p.m. after the car was driven to the hospital from the shooting scene near South Harrison Street and West Charles Bussey Avenue, police said. The child, whose name has not been released, was pronounced dead at 9 p.m.

Shunta Johnson, 37, of Little Rock was driving the vehicle and told authorities that she and her cousin, 27-year-old Rokiya Williams of Little Rock, were headed to an address on Van Buren Street when they heard several gunshots and saw an unknown vehicle drive past, according to a police report.

Williams, the mother of the 2-year-old, told police that she was in the backseat holding her child when the shots rang out and she realized that her daughter had been struck. She did not see the shooter, police said in a news release.

A family member Wednesday declined to comment about the shooting.

Investigators have a limited description of the vehicle involved, and no suspects had been identified as of Wednesday evening, police spokesman officer Richard Hilgeman said.

Four other juveniles were also in the car at the time and were not injured, according to a police report.

Authorities found several shell casings at the shooting scene, though the number of bullets fired and their caliber is not known at this time, Hilgeman said.

Located in a residential neighborhood just east of Fair Park Boulevard, the crime scene was marked Tuesday night with yellow tape that stretched down South Harrison Street as detectives gathered to discuss the case and members of Little Rock's crime scene unit took pictures of the scene.

Rainy weather did not have a major effect on the investigation, Hilgeman said, because most of the DNA evidence was inside the vehicle, which was taken to a climate-controlled garage.

The motive for the shooting was not known, and the investigation is ongoing, police said.

The shooting was the 37th homicide this year in Little Rock and the second Tuesday.

He was transported to CHI St. Vincent and was pronounced dead about an hour after police received the original call about the shooting, according to a police report.

Hilgeman said police are investigating whether robbery was a motive in the slaying.