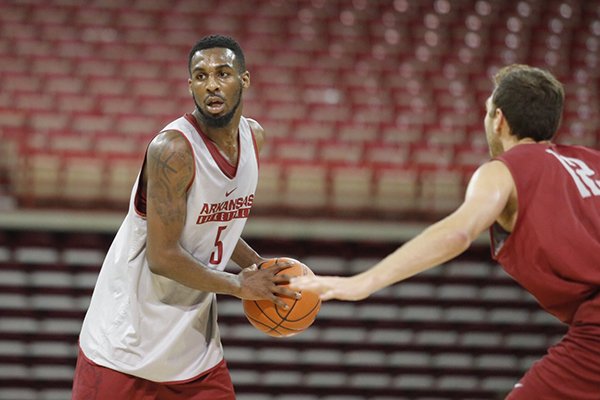 Anderson said, "that's going to be determined," when asked whether Cook would sit out any games this season. Cook was found passed out in a car that wasn't his own last Saturday morning on Dickson Street in Fayetteville, according to a police report.

"As we continue to get the information, it's something we'll deal with," Anderson said. "That's something I don't condone on my basketball team. We'll handle it in-house. It's already started. I don't think we'll have another problem with that kid.

"It's something I don't take lightly. It's being dealt with in a very, very defined way. We're going to make sure these guys are representing this university in a first-class manner."

Cook was not made available for interviews during the Razorbacks' media day Wednesday, but joined the team for the open portion of practice.