A crime tip from a convicted felon in northwest Arkansas regarding stolen weapons led to his own arrest after detectives found a dozen guns illegally in his possession, according to authorities.

James Whitson Davis, 75, of Van Buren told police Monday morning that he believed a hired housekeeper stole five firearms from his house in the 700 block of North 16th Street while he was out of town, according to police.

Detectives with the Van Buren Police Department then obtained a search warrant, finding 12 more guns and nine boxes of ammunition inside his residence.

Davis, while being transported to the Crawford County jail on a charge of possession of firearms by certain persons, told police: “I’ll just get more [guns] because I’m not living in that house without one.”

The charge, a class D felony, carries a maximum penalty of six years in prison and a fine of up to $10,000 upon conviction. 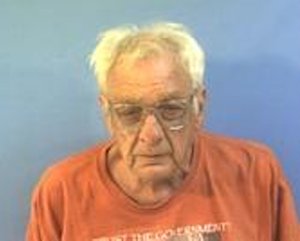