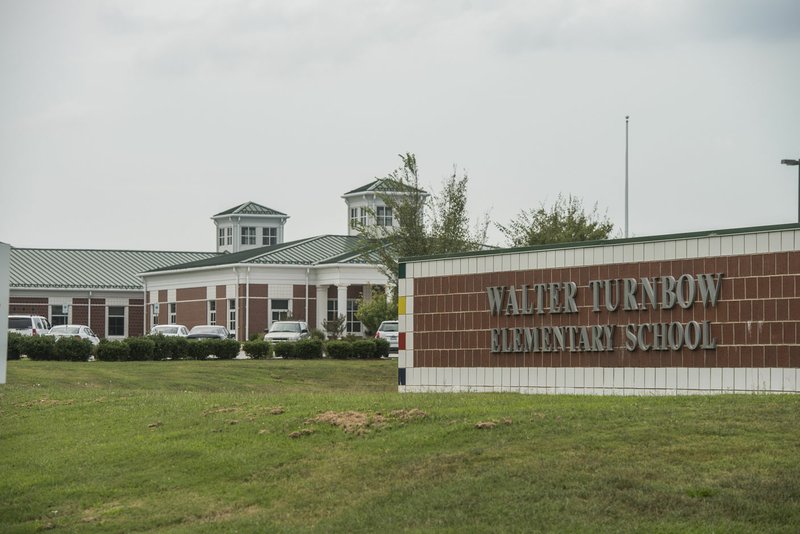 Turnbow Elementary School is one of several schools in the Springdale district where students have been diagnosed with mumps.

The number of confirmed or suspected mumps cases in northwest Arkansas has now grown to 89, encompassing at least two more cities, a spokesman for the Arkansas Department of Health said.

Health department spokesman Meg Mirivel told the Arkansas Democrat-Gazette by phone Friday afternoon that the outbreak, which was first detected in Springdale, has now spread to school districts in West Fork and Huntsville.

At least two cases were also found at New Technology High School in Rogers as of Thursday afternoon, the newspaper previously reported. Seventy-six cases had been reported in the state at that time.

In Springdale, where dozens of students and staff members have contracted mumps, school nurses are keeping an eye on symptoms. Districts and health officials are also urging good hygiene.

"These cases in other districts have been linked to cases in Springdale," Mirivel said. "[The outbreak] is still heavily concentrated in Springdale."

No treatment specific to mumps is available. Unvaccinated students who attend the affected schools are required to stay home until the mumps vaccine is administered or 26 days since the last confirmed case of the virus.

"We expect it to get worse before it gets better," Mirivel said, adding that health officials won't see the effects of ongoing vaccination efforts for a few weeks or up to a month.

The state Health Department said this year's outbreak of mumps is the largest cluster in Arkansas since 2010.

• For children 7 through 18 not previously vaccinated, one dose followed by a second dose at least four weeks after the first.

• For adults born in 1957 or later and not previously vaccinated, one dose.

• A second dose is recommended for adults born in 1957 or later who are students in a post-secondary educational institution, work in a health care facility or plan to travel internationally. The second dose should be administered at least 28 days after the first.

• For those experiencing mumps-like symptoms, health officials recommend calling their doctor before going to the doctor’s office so they can be quickly separated from others.

Information for this article was contributed by Dan Holtmeyer of the Northwest Arkansas Democrat-Gazette.