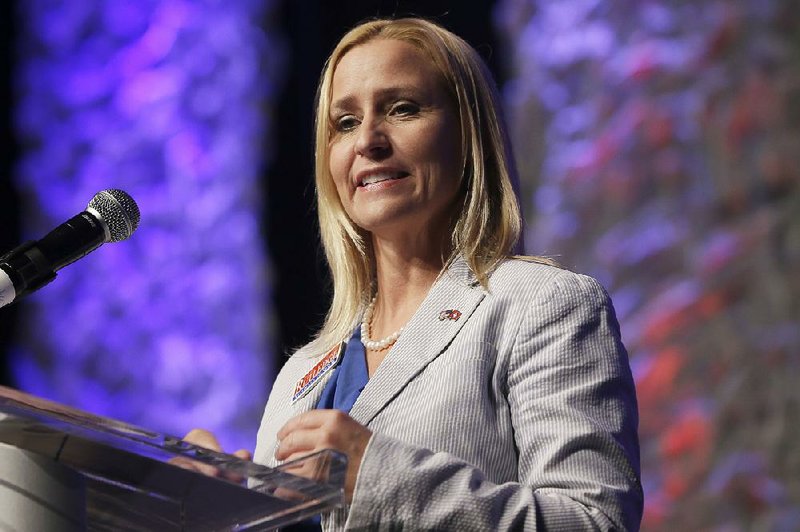 Attorney General Leslie Rutledge is shown in this photo.

Rutledge's office on Thursday asked for the arguments in the case she and opponents of Fayetteville's anti-discrimination ordinance have before the high court. A Washington County circuit judge earlier this year upheld the ordinance and said it didn't violate a state law aimed at preventing local protections for lesbian, gay, bisexual and transgender people.

In a separate brief, Rutledge asked the court to strike the ordinance and uphold the state law preventing cities and counties from barring discrimination on a basis not contained in state law. Arkansas civil rights law doesn't include sexual orientation or gender identity.